US fully backs Egypt on need for withdrawal of mercenaries from Libya: State Department 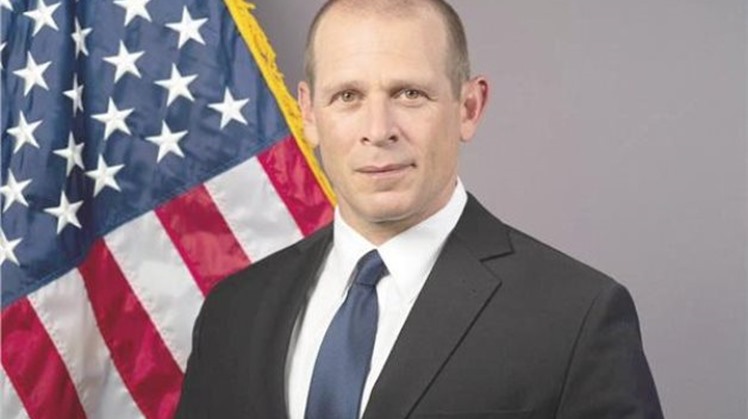 Wed, Nov. 10, 2021
CAIRO – 10 November 2021: The Regional Spokesman for the US State Department, Samuel Warburg, stated that the US fully backs Egypt regarding the need for the withdrawal of mercenaries from Libya.

In remarks to Hadith Al-Qahera TV program on Al-Qahera Wal Nas, Warburg said Egypt and the US agree on the need to support Libyan people.

This comes following the Egypt-US strategic dialogue held in Washington, D.C. on Monday and Tuesday with the participation of Egypt’s Foreign Minister Sameh Shoukry and US Secretary of State Antony Blinken.

Warburg said Egypt and the US maintain strong strategic relations, affirming that the US considers Egypt an important partner in the region regarding all files.

The spokesman also highlighted the importance of the restoration of the US-Egypt strategic dialogue, which was held this week for the first since 2015.

Concerning the Grand Ethiopian Renaissance Dam (GERD) file, Warburg affirmed the US readiness to support the efforts made by Egypt, Sudan, and Ethiopia to resolve the crisis.

he US reiterated President Joe Biden’s support to Egypt’s water security, a joint statement by Cairo and Washington read on Tuesday, as both sides discussed the Grand Ethiopian Renaissance Dam (GERD) file.

This comes following the Egypt-US strategic dialogue held in Washington, D.C. on Monday and Tuesday.

During the dialogue, they discussed a number of issues including the Libyan crisis, Sudan, and the humanitarian crises in Syria, Lebanon, and Yemen.

This comes through “sharing, as appropriate and consistent with international legal standards, evidence and information used to investigate and prosecute these crimes,” according to the statement.

Egypt and the US also signed an MOU to facilitate and boost cooperation under the Treaty on Mutual Legal Assistance in Criminal Matters, which they signed and entered into force in 2001.

“The United States and Egypt reaffirmed their steadfast commitment to the national security of both countries and to the stability of the Middle East,” the statement read.

Egypt hailed the role played by the US in economic development in Egypt and its supply of defense equipment to the country, as well as the joint cooperation to reinforce Egypt’s defense capabilities.

Egypt will not spare any effort to back national reconciliation in Libya: Sisi Tue, Jul. 5, 2022