US Envoy for Horn of Africa visits Egypt, holds meetings with governmental officials 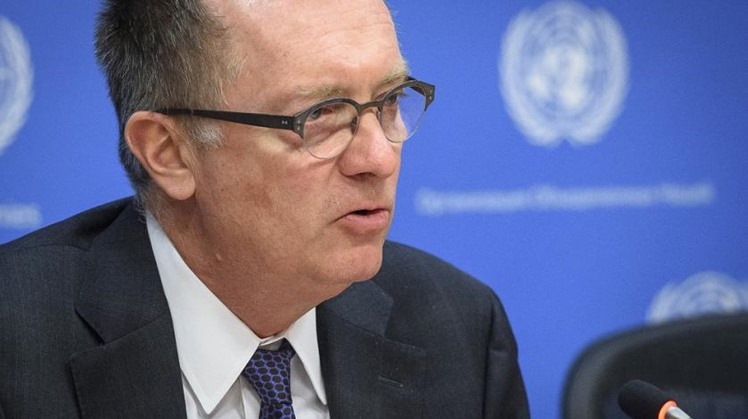 The Special Envoy will hold meetings with officials from the respective governments as well as the United Nations and the African Union.

Jeffrey Feltman is one of the international brokers of negotiations between Egypt, Sudan and Ethiopia over the Grand Ethiopian Renaissance Dam (GERD). The talks are mediated by the African Union, the United Nations and the US.

According to the statement, he will also meet with a range of political stakeholders and humanitarian organizations.

“The Special Envoy’s travel underscores the Administration’s commitment to lead a sustained diplomatic effort to address the interlinked political, security, and humanitarian crises in the Horn of Africa, and he will coordinate U.S. policy across the region to advance that goal,” the statement read.

It is expected that Feltman will talk with the Egyptian officials on the latest development of the dam, especially amid the diplomatic escalation taken by both Egypt and Sudan recently to practice pressure against Ethiopia in order to reach a legally binding agreement on the mechanism of operating the dan and filling its reservoir.

Ethiopia, however, says it will complete the dam filling in July with keeping 13.5 billion cubic meters of Nile water with or without an agreement.

Egypt, on April 13, sent a letter to the United Nations Security Council, calling on the international community to engage in advancing the stalled GERD talks and persuade Ethiopia to refrain from unilateral acts.

The three countries held several tripartite meetings since 2014 to reach a comprehensive agreement on the dam’s filling and operation. However, no final agreement has been reached yet and each party blames the other for the failure of the negotiations.

In mid-July 2020, Ethiopian authorities unilaterally carried out the first phase of the filling process with 4.9 billion cubic meters.