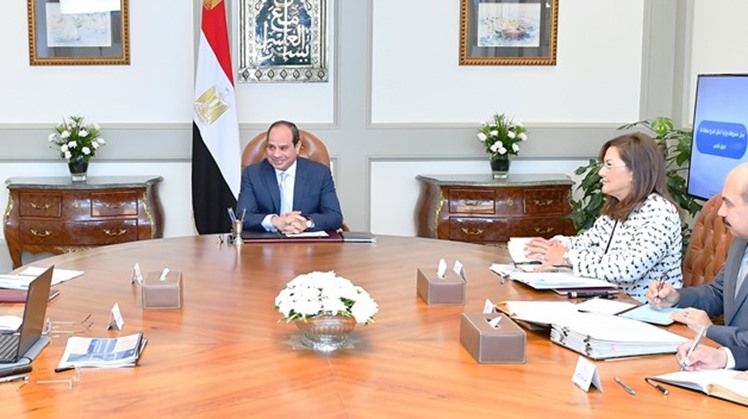 The 24-km long line will include 40 stations to connect western Cairo to the northern parts, said Minister of Transportation Kamel El-Wazir in a cabinet meeting with President Sisi at the presidential palace, discussing the ministry’s development plan concerning the railway network.

Around 3.5 million Cairenes use the metro every day, switching between stations to reach their destinations while paying an affordable ticket. Launched in 1987, the metro has since become the most important means of transportation, helping passengers to avoid getting stuck in Cairo traffic or having to negotiate fares with unmetered taxis. Female commuters can either choose to take the non-segregated cars or use the women-only carriages.'


President Sisi also ordered to accelerate contracting with international train locomotive companies to upgrade the railway systems and to finish the construction of monorail in the New Administrative Capital to connect New Cairo with October 6 city and other outskirt of Cairo. He also directed to implement the first high-speed railway in Egypt, extending from Ain Sokhna to New El Alamein City.

In 2018, the Minister of Transportation Hisham Arafat said in a conference in Dubai that more than 10 international companies are currently involved in the tender process, he said, without giving any names.