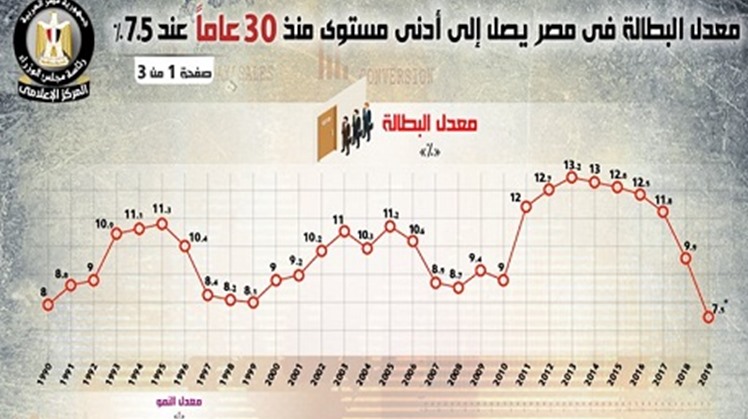 The drop has been achieved thanks to main factors; including the implementation of 9,039 projects by the state during the period from July 2014 to December 2018 at a total cost of EGP 2.1 trillion, the center said in an info-graphic posted on its official website on Saturday, Ahram online said.

The drop was also attributed to loans and facilities granted to companies and MSEs institutions at a value of EGP 144.2 billion during the period from December 2015 to June 2019, serving over 565,000 clients.