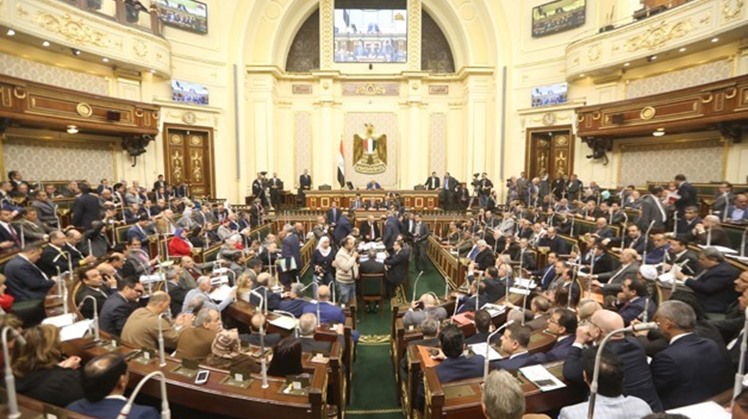 Sun, Oct. 27, 2019
CAIRO – 27 October 2019: Egypt's Parliament Speaker Ali Abdel Aal strongly deplored a report published on Thursday by the European Parliament concerning the situation of human rights in Egypt, rejecting it in full, affirming that such reports, which are based on false third-party statements, do not concern Egypt or its people.

“The Egyptian Parliament does not know how the European Parliament gave itself the right to evaluate others, as it should have better focused on EU countries and their violations of human rights, which are being broadcast daily on various media outlets,” a Parliament statement said. “This proves a clear duplication of view and intentional selectivity in dealing with purposes that have nothing to do with human rights.”

“The Egyptian Parliament deplores this destructive and tendentious approach, and such unacceptable interference in Egypt's internal affairs.

“The Egyptian Parliament condemns in the strongest terms these fallacies and lies and deems them worthless, as Egypt is important and influential within its geographical existence and does not get affected by such false data,” the statement added.

The Egyptian Parliament, according to the statement, expected the European Parliament to be on a fair level of responsibility to preserve the common interests and strategic relations between Egypt and EU, however, it chose to adopt the approach of certain parties that are known of their hostility towards any rapprochement between Egypt and the EU and exerting tireless efforts to corrupt and poison these relations to achieve narrow interests or to implement their devious schemes against the Egyptian state.

The House of Representatives strongly rejects any interference in Egypt's internal affairs and any abuse against the Egyptian judiciary… and also sorry to see the European Parliament as a tool in the hands of a number of individuals and organizations with suspicious interests and relations with terrorist organizations, the statement further said.

He added that the Parliament affirms that Egypt will continue its national efforts to promote human rights and will not be dissuaded by any tendentious voices. It is well known that Egypt will submit its national report in the next few weeks to the Universal Periodic Review of the Human Rights Council in Geneva, and this reflects the constructive spirit of cooperation with various international partners besides Egypt’s achievements over the past four years, difficulties and hopes for the future.