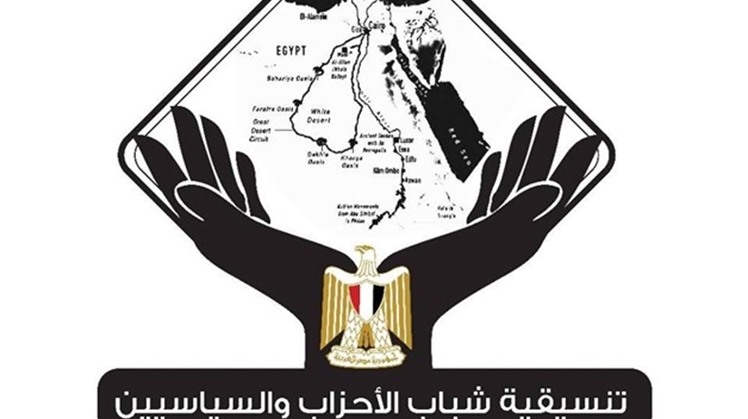 Mon, Oct. 14, 2019
CAIRO - 14 October 2019: The Coordination Committee of Party’s Youth Leaders and Politicians (CPYP) is keen on organizing a Political Salon that gathers all parties periodically for a dialogue on the country's issues of interest within the light of the committee's coordination to develop a political life and provide solutions resulting from a real dialogue between different parties without discrimination, Stated Haitham Elsheikh, Spokesman of CPYP.

"This "Political Salon" launched on Monday with the participation of many Egyptian parties will present a discussion platform on many important issues of interest to different segments of Egyptian society, and they will have impact on the development of political life, giving parties an opportunity to present and discuss different views on their agendas, especially as the coordination includes young people from different political currents, and each party has good space to present its opinion.

He added that the recommendations issued by the salon are carefully taken and the coordination committee will work through its various activities and participation.

This version of the salon is the second version after the launch, which began with the first version on the sidelines of the Arab and African Youth Forum in Aswan.

CPYP has just issued a statement commenting on Muslim Brotherhood's rumours on September 21: "The Egyptian nation has demonstrated its full awareness of the devious methods and the use of modern technology or the media of terrorism to falsify facts," read the statement.

In the below lines is the full statement:

"The Coordination Committee of Party’s Youth Leaders and Politicians (CPYP) followed with great interest the events that took place yesterday, and listened well to all that has circulated, whether on the ground or exaggerated on social networking sites and Muslim Brotherhood channels inciting the Egyptian state.

The Egyptian nation has demonstrated its full awareness of the devious methods and the use of modern technology or the media of terrorism to falsify facts.

While stressing that the expression of opinion by all peaceful means is an inherent constitutional right, CPYP also emphasizes the need for extreme attention and non-acceptance of the use of this freedom of expression by the terrorist Brotherhood to undermine the security and stability of the country.

The coordination also calls on the great masses of the Egyptian people to abide by peaceful and legal paths, and to pay attention to rumors or attempts of sabotage and destruction that these Brotherhood elements may seek.

The coordination - as a youth entity for parties and politicians - is watching the political scene, and it stresses the need to immunize the Egyptian state from any destructive schemes or rumors tendentious to open more public space, and more freedom of opinion and expression, and to listen to all peaceful opinions, however different they may be in the framework of respect of Law and the Constitution, as long as it is far from achieving the objectives of obscurantist and terrorist groups.

In this context, the coordination, as a platform for dialogue between political forces, calls for a social dialogue on national issues, provided that this is within a legal and constitutional framework that is far from spreading rumors, promoting terrorist ideas or discriminating among citizens."