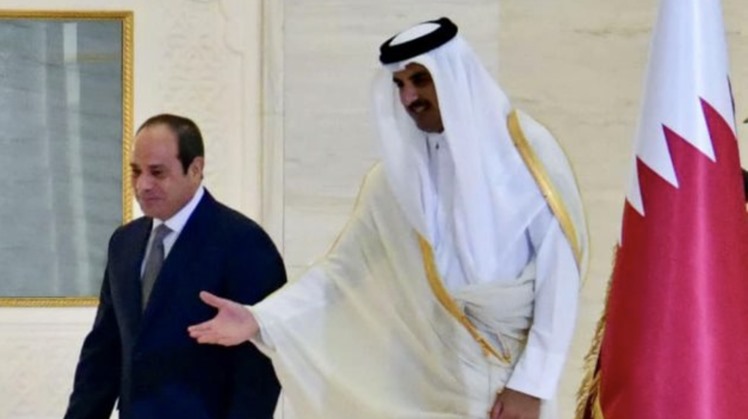 The Qatari Emir Sheikh Tamim bin Hamad Al Thani, expressed his sincere gratitude and appreciation for the President's attendance at the opening ceremony and his visit as a dear guest to Doha, which ‘would consolidate the strength of the brotherly bilateral relations between the two countries’, especially with the positive development witnessed at all levels during the recent period.

During the Visit, President Sisi shook hands with Turkish counterpart Erdoğan in Doha, as both leaders emphasized the depth of historical ties that bind the two countries and agreed to develop bilateral relations, spokesperson Bassam Rady said, Monday.

Fulfilling the invitation of Qatari Emir Sheikh Tamim Bin Hamad al Thani, President Abdel Fatah al-Sisi headed Sunday to Doha to attend the opening ceremony of the 2022 FIFA World Cup to be held in the evening.