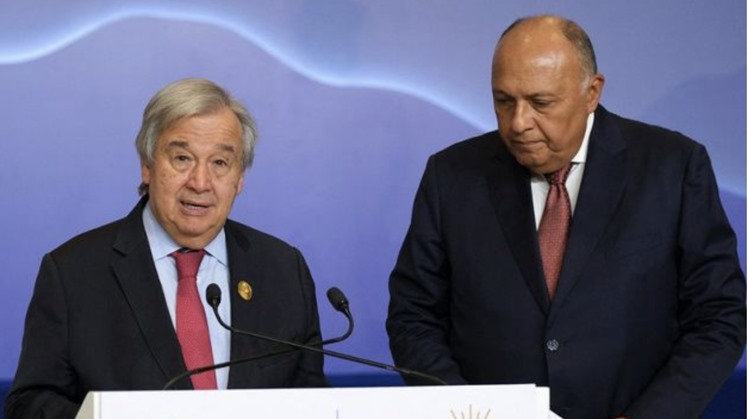 Fri, Nov. 18, 2022
Foreign Minister Sameh Shoukry, the President of the 2022 UN Climate Change Conference (COP27), said on Thursday Egypt is well aware of the importance of the methane emission issue, and that’s why it joined the Global Methane Pledge Energy Pathway.

This was also reflected in Egypt's updated nationally determined contributions (NDCs) to reduce emissions, which focused on gas and oil as one of the sectors whose emissions are most targeted to be reduced, he added.

The foreign minister made the remarks during his participation in the ministerial meeting on methane, held as part of the Solutions Day at COP27, Foreign Ministry Spokesman Ahmed Abu Zeid said.

Shoukry said methane gas is the biggest cause - among gases - of global warming and climate change, which makes addressing methane emissions essential for limiting the global temperature rise to 1.5°C in accordance with the Paris Agreement.

The Global Methane Pledge, launched at COP26 in Glasgow in November 2021, is an ambitious initiative meant to reduce methane emissions by 30% by 2030, the foreign minister said.