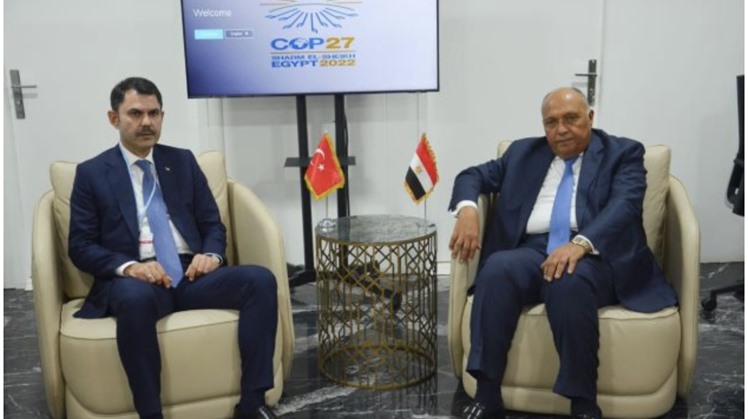 Ministry of Foreign Affairs Spokesperson Ambassador Ahmed Abu Zeid stated that Minister Shoukry indicated during the meeting his keenness, in his capacity as the President of the Climate Conference, to communicate with all delegations participating in the conference in order to get acquainted with their visions and positions regarding the various issues on COP27 agenda, in a manner that contributes to yielding consensual outcomes.


On his part, the Turkish minister hailed Egypt's good organization of the climate conference, pointing to the Turkish side's keenness on COP27 success and delivering outcomes that would enhance global climate action in all its aspects, emphasizing the significant interest that his country attaches to the issue of climate change.