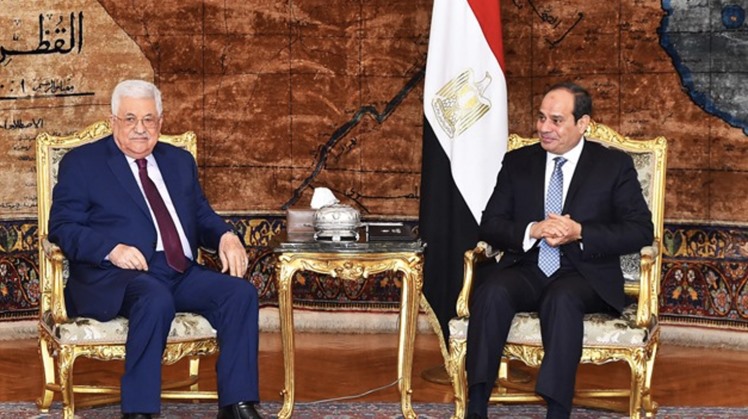 Palestinian President Mahmoud Abbas hailed the “historical” relations with Egypt, which he called “the warm embrace” of Palestine.

In televised statements, on November 14, he said that Egypt has exerted big efforts regarding the Palestinian reconciliation.

He urged the movement of Hamas to recognize the Palestine Liberation Organization (PLO).

The PLO is recognized by all the Arab world, Abbas said, noting that the organization is also recognized at the regional and international levels.

The Palestinian president said that Benjamin Netanyahu, Israel’s comeback leader, does not want peace. “I am forced to deal with him”, he added, stressing that his stances are firm regarding this file

Abbas noted that there were 754 resolutions issued by UN on the Palestinian cause, but none of them have come into effect so far.

Speaking to AlQahera News, Abbas said we [the Palestinians] resorted to the diplomacy, or to the peaceful popular resistance at most to let the entire world know about our rights which we will gain at any cost.

The Palestinian elections should be conducted, he asserted, adding that the Israeli authorities are blocking holding these elections in Al Quds, unlike the previous elections held there in 1996 and 2005.