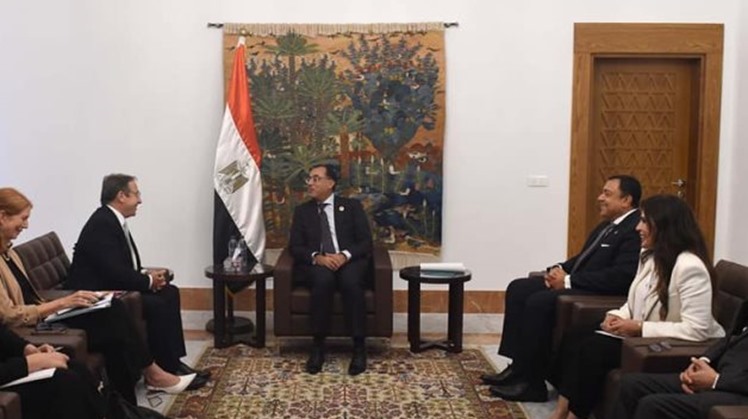 
Madbouli's remarks came during his meeting with UNDP Administrator Achim Steiner on the fringe of the 8th Tokyo International Conference on African Development (TICAD 8) hosted by Tunis on August 27-28, according to the state news agency, MENA.

Madbouli pointed out that he follows up on all projects which are being implemented in cooperation with the UNDP across the country, stressing the importance of focusing on cooperation with the Social Solidarity Ministry in the fields of women's empowerment and combating the marginalization and poverty of rural women.

The premier referred to the government's intention to propose draft laws on early marriage, school dropouts, and child labor.

He also reviewed details of the presidential initiative of Decent Life to develop the Egyptian countryside.

Meantime, Steiner expressed his admiration for President Abdel Fattah El Sisi's participation in the launch of the Egypt Human Development Report 2021, a matter which reflects the strong attention directed by the state to human development issues.

Steiner also hailed the National Project for Development of the Egyptian Family and Decent Life initiative.

He affirmed the strong partnership with Egypt in climate advocacy and action, especially as regards climate finance which helps to turn climate-related pledges into executive programs.