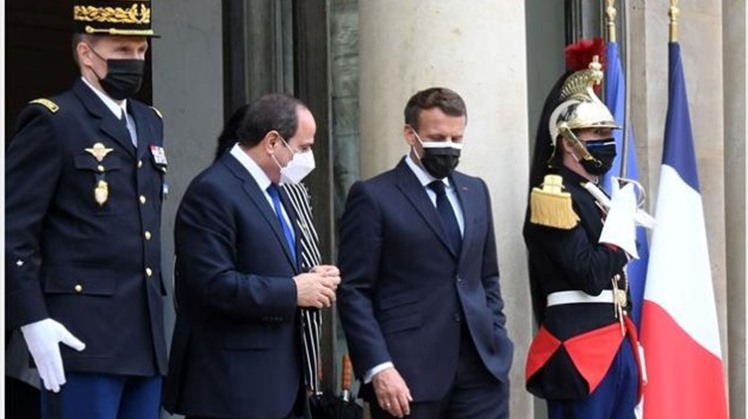 The phone call came within the context of the regular consultations and coordination between the two sides, Rady continued.

They also focused on a multitude of regional and international issues of mutual interest, Rady said.

Upon his arrival, President Sisi was welcomed by Macron at the Élysée in Paris, where they started closed talks that focus on dossiers pertinent to bilateral relations and ways to further strengthen cooperation across all levels, Rady added.

The meeting is also set to tackle issues about the regional and international arenas, Rady continued.

In November 2021, President Sisi met Macron at Élysée Palace, where they discussed bilateral regional and bilateral ties on the sidelines of the Paris Summit on Libya.

The Egyptian President also visited the French city of Brest to participate in the “One Ocean Summit,” in February 2022.