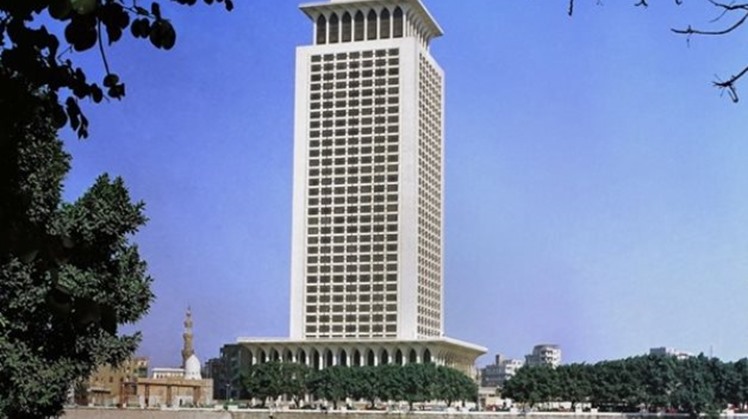 Thu, May. 12, 2022
CAIRO – 12 May 2022: Egypt’s Foreign Ministry urged an immediate investigation into the murder of Palestinian Journalist Shireen Abu Akleh in order for justice to be served swiftly.

In a statement on Wednesday, the ministry denounced in the strongest terms the brutal murder of the Palestinian journalist and correspondent of Al-Jazeera channel near Jenin refugee camp in the occupied Palestinian territories.

The ministry also denounced the injury of journalist Ali Al-Samoudi.

Foreign Ministry Spokesman Ahmed Hafez denounced such crime against the Palestinian correspondent while performing her job as a flagrant violation to the international humanitarian law’s principles and rules.

This is also a blatant violation against the freedom of journalism and media and the right of expression, the ministry spokesman added.

At the end of the statement, the ministry expressed sincere condolences to the families of Shireen Abu Akleh and the Palestinian brothers amid this great affliction.

The ministry said journalist has lost one of the great national media professionals, wishing the injured journalist a speedy recovery.

The Egyptian Journalists Syndicate condemned Wednesday the killing of the Palestinian journalist by the Israeli occupation demanding all concerned United Nations agencies "to protect Palestinian colleagues while practicing their profession from the Israeli forces' aggression against them."

The syndicate extended its condolences to the family and friends of Sherine as well as the Palestinian press community. It also demanded the international community, and all relevant international organizations to hold Israel accountable, and to start an expansive investigation on this crime and others previously committed against Palestinian journalists.

The syndicate described Palestinian journalists working on the occupied lands as the world's eye on the truth about what is happening in Palestine, calling on them to exercise caution while doing their job.

The syndicate concluded by asserting its faith in the Palestinian People's right in freedom and an independent state in alignment with international legitimacy resolutions.