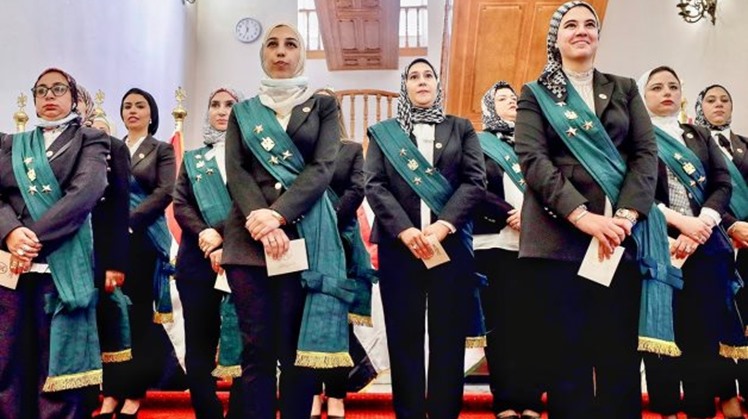 Wed, May. 11, 2022
CAIRO – 10 May 2022: Egypt has raised 48 ranks in the indicators of political empowerment of women in a global report on the gender gap, according to Cabinet’s media center.

According to the report, Egypt has reached its best level in 10 years, regarding progress made in empowering women. In 2021, Egypt ranked 78th position compared to 126th in 2011.

“Egyptian women enjoyed unique and unprecedented gains in the era of the new republic, as the Egyptian state was keen to launch strategies, initiatives and community programs that support women, which contributed to building their capacities and empowering them politically, economically and socially,” according to the media center.

According to several reports and reviews on the progress made in the presidential developmental initiative “Haya Karima,” it is highly proven that women are the main and biggest beneficiary of the initiative.

Women have obtained important political gains to support them and raise awareness, according to the announcement of the Media Center of the cabinet.

- 27 percent of all diplomats are women.

- 15 women hold the position of heads of foreign missions in embassies and consulates.

- 3 women have been appointed to the position of head of the Administrative Prosecution Authority since 2014.

- 36 female advisors were appointed to the post of deputy head of the State Litigation Authority.

- The number of female members of the Commission reached 769 until 2022.