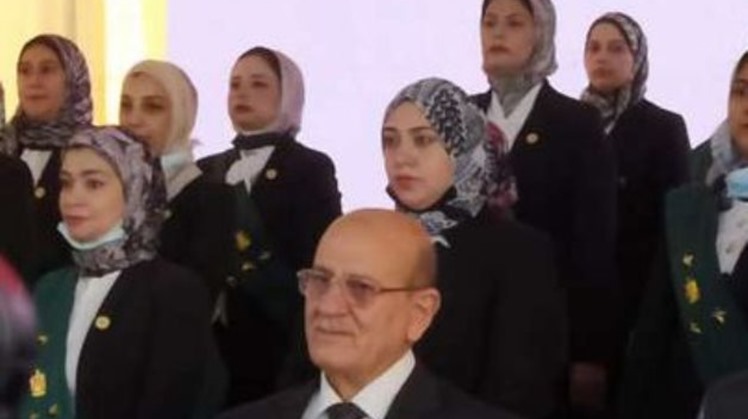 Tue, Oct. 19, 2021
CAIRO – 19 October 2021: A number of women judges arrived at Egypt’s State Council Tuesday morning to sworn-in, to be the first batch of female members at the council.

In March, a decision was issue to appoint a number of women judges were appointed at the State Council and the prosecution for the first time, in implementation to the directions of the President Abdel Fatah al-Sisi, and in line with the country’s plan to empower women to reach different positions.

On June 3, the Egyptian Supreme Council of Judicial Bodies made the historic decision to approve women’s appointments as judges and prosecutors to the Administrative Judiciary.

Ahead of taking the oath, women judges expressed their happiness with what they considered as a great historical incident.

“The State Council is the bulwark of rights and freedoms.. we swear that we live up to the responsibility, and preserve the rights of Egyptian citizens,” said Counselor Iman Sharif before she was sworn in.

For Counselor Hind Ahmed, she said “this is a great day to us to be the first batch of female members of the council, which was established in 1946, and we hope to be a good addition to the council.. the appointment is a victory for Egyptian women.”