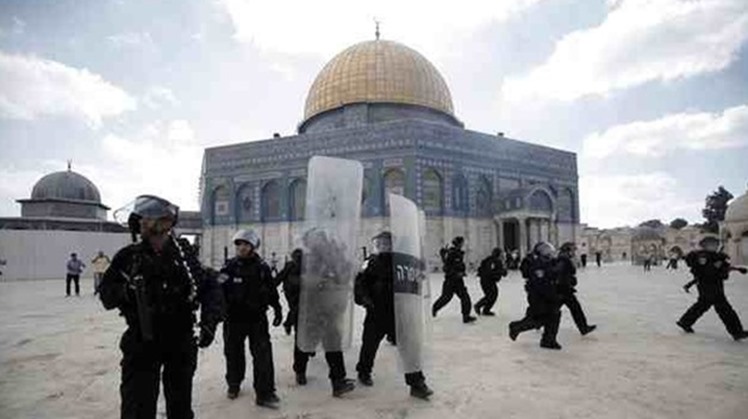 The Foreign Minister said in a statement, that Egypt stressed the need to respect Islamic holy places and provide protection for Palestinian civilians to practice their religious rites.

The meeting also discussed all points stated in the ministry’s statement on the recent worrying developments in East Jerusalem.

The ambassador was asked to convey a message to Israeli officials on the need to provide protection for Palestinian worshippers to pray freely and safely.

On Friday, Egypt condemned the attack on Palestinian worshippers by Israeli police, according to the statement released by the Foreign Ministry.

The statement urged the Israeli authorities to honor their responsibilities under international law by providing the necessary protection for Palestinian civilians and respecting their right to perform their religious rituals.

The ministry also urged Israel to stop practice any actions that violate the sanctity of Al Aqsa, expressing its rejection of all Israeli attempts to alter the Arab, Islamic, and Christian identity of Al Quds and obliterate its historical and legal status.