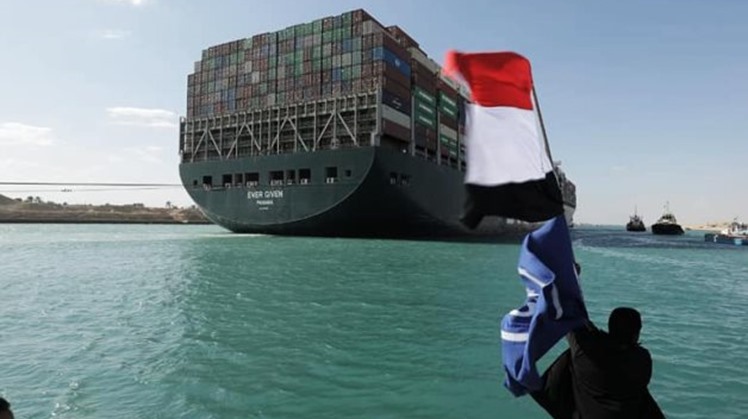 Mon, Mar. 29, 2021
CAIRO – 29 March 2021: Egyptian authorities announced on Monday officially restoring navigation at the Suez Canal after they managed to release Ever Given ship that has been stuck in the vital waterway for six days.

There are hundreds of vessels awaiting entry thus far, including oil tankers as the ship had diagonally blocked the canal.

Egypt’s Suez Canal Authority confirmed earlier on Monday that the stranded vessel was successfully refloated in the canal. The ship started sailing toward The Bitter Lakes for inspection.

Presidential advisor Mohab Mamish said Monday that working hours at the Suez Canal Authority (SCA) will be doubled to allow awaiting ships to cross the canal.

Mamish, aid for SCA and marine port projects, told Extra News channel that Ever Given will be fully examined to make sure it is sound and able to navigate its way.

All the while, Mamish said, the SCA will make way for other ships to cross.

The SCA will hold a press conference at 8 p.m in Ismailia to announce details on resuming navigation through the waterway.

Questions were raised about which party would be responsible for the compensation.

Mohamed Mahran, vice chairman of Allianz Egypt, told Al-Arabiya last week that the SCA usually asks for a compensation from the ship owner in such incidents.

He added that the ship owner will likely ask for the compensation from the insurance company responsible for the ship, which is UK P&I Club.