Your Guide To All The Egyptian Constitutional Amendments 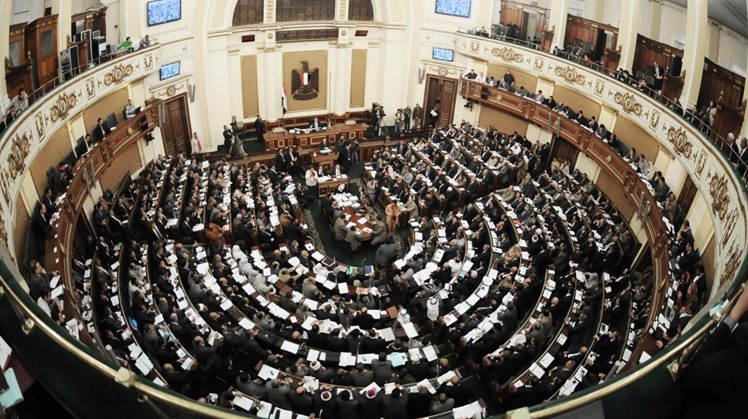 The House of Representatives shall be composed of at least four hundred and fifty members elected by direct secret universal suffrage, provided that at least one fourth of the seats shall be allocated to women.

The President of the Republic shall be elected for a term of six years, beginning on the day following the expiry of his predecessor's term, and may not serve for more than two consecutive terms of office.

The President of the Republic appoints the heads of the judicial bodies out of the five nominated by the upper committees of the seven oldest deputies, and that is for a period of four years or for the remainder of the term until the nominated person reaches the retirement age whichever is the nearest, and for one time throughout his term of office, as regulated by law.

The Judiciary should be presided by a higher council of judicial bodies headed by the President of the Republic, in his absence, he shall be replaced by the Minister of Justice, and he shall consider the conditions of appointing and promoting the members of the judicial bodies, his opinion shall be taken into consideration in the draft laws regulating the affairs of these bodies. The judicial bodies shall have one independent budget to be distributed by the Council. The law shall specify the composition of the Council and its other powers and shall be passed by a majority of the members.

The Prosecutor General shall be appointed by a decision of the President of the Republic out of three nominated by the Supreme Judicial Council from among the Vice-Presidents of the Court of Cassation, the Presidents of the Courts of Appeal and the Assistant Attorney-Generals for a period of four years or the remainder of the term until he reaches the retirement age.

The Armed Forces belong to the people, their task is to protect the country, maintain its security and territorial integrity, safeguard the constitution and democracy, preserve the basic elements of the state and its civilisation, and the people's gains and the rights and liberties of individuals. It is only the State that establishes such forces, and any individual, body or group is prohibited from forming military or paramilitary formations, teams or organisations.

A civilian may not be tried before a military courts except for crimes that constitute an attack on military installations, camps of the armed forces, installations that are being protected by them, or the military or border areas. As well as crime concerning an attack on military equipment, vehicles, weapons, ammunition, documents, its funds, war factories. As well as crimes concerning recruitment, or offenses that constitute a direct attack on its officers or any of its members for the performance of their duties.

The State shall ensure that workers and peasants are adequately represented in the House of Representatives, as determined by law.

The State shall represent young people, Christians, persons with disabilities and Egyptians residing abroad in the Parliament as appropriate, as determined by law.

The Senate is concerned with studying and proposing what it sees as a tool to consolidate democracy, support national unity, social peace, the basic values ​​of society, supreme values, rights, freedoms and public duties, and deepen and expand the democratic system.

The opinion of the Senate shall be taken as follows:

- Proposals for the amendment of one or more articles of the Constitution.

- Projects concerning the general plan for Social and Economic Development

- Treaties of reconciliation and alliance and all treaties relating to the rights of sovereignty.

- Draft laws supplementing the Constitution and others referred to Senate by the President of the Republic.

- What the President of the Republic refers to the Senate concerning the general policy of the State or its policy in Arab or foreign affairs.

The Senate shall consist of a number of members determined by law, not less than 180 members. Two-thirds of the members of the Council shall be elected by direct secret universal suffrage. The President of the Republic shall appoint the remaining third and the elections shall be held in accordance with the law.