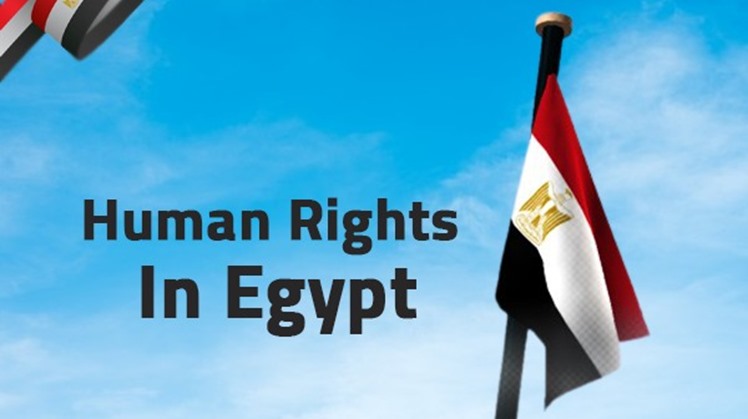 In a press conference following the committee’s meeting, Gamal El-Din explained that the draft strategy includes a general overview of the situation in Egypt, a detailed plan specifying the main and sub goals, evaluation indicators, and a timeline for execution, noting that the strategy represents a future vision and road map that encompass all human rights.

Moreover, he hailed the efforts of a large team who have worked on the strategy throughout the past year, despite the challenges imposed by the Coronavirus pandemic.

“We started by studying and specifying all the strengths and challenges that face the Egyptian nation concerning human rights and we classified all the recommendations that Egypt received from regional and international entities,” the ambassador said, adding that the upcoming step is to conduct sessions in different governorates in order to listen to the public’s priorities and challenges; and accordingly modify the strategy.


"The strategy is built on six axes, including civil and political rights; economic and cultural rights; the rights of women, children, youth and persons with disability; and capacity building,” Gamal El-Din said.


Founded at the end of 2018, the Supreme Standing Committee on Human Rights is headed by the Minister of Foreign Affairs Sameh Shoukry; and gathers 25 members who represent a number of ministries, national councils, and government bodies. Among its notable members are Maya Morsi, president of the National Council of Women; former Minister of Higher Education Mofeed Shehab; Heba Hagras, member of the Egyptian parliament and of the parliamentary Committee of Solidarity with Persons with Disabilities; and the Secretary General for the Arab Organization for Human Rights (AOHR) Alaa Shalaby.

Morsy stated to a news website that the goal of the national strategy “is to advance, respect, and activate all the basic human rights and freedoms, including civic, economic, social, political, and cultural rights, encompassing everyone without discrimination.” She added that the strategy aims for institutional, legislative, and capacity development.

On women's issues, Morsy specified developing the legislations restricting violence against women, and securing the latter’s right to occupy high executive and judiciary posts without discrimination.

Noting that many accomplishments have been presented regarding women and persons with disability issues, Hagras stressed that both causes are taken very seriously by the Egyptian state. “The power of this strategy lies in linking it to Egypt’s 2030 vision for sustainable development… The more you create strategies that are linked together, the more they reinforce each other; and [this] adds strength and facilitates their execution on the ground,” Hagras stated, adding that such linkage will give the strategy impetus.

Outlining the timeline set to finalize the strategy, Gamal El-Din stressed that the priority is to dedicate enough time to discuss and fine-tune it. “The strategy represents Egypt and the Egyptians’ vision for themselves and what they want to accomplish,” he said, adding that there is no reason to rush it.

Announcing that the draft strategy concludes the first year since the Supreme Standing Committee on Human Rights officially started its work, the ambassador emphasized the importance and value behind the establishment of the committee. “This is the first time we seek to deal with all aspects of the human rights portfolio in parallel. We work on preparing reports, in parallel with responding to any complaints, building capacities, studying legislative amendments, monitoring and analyzing what is raised against Egypt, and showcasing Egypt’s accomplishments regarding human rights,” Gamal El-Din said.

Gamal El-Din explained that the supreme committee is responsible for responding to international criticisms and accusations raised against Egypt, by preparing the content and data that would allow decision makers to deal with human-rights related claims, as well as properly documenting and showcasing the daily national accomplishments in all aspects of human rights.

“Part of the [mission] is offensive and the other is defensive,” he said. Moreover, the committee is tasked to follow up on the implementation of the national strategy once finalized, along with ensuring Egypt’s abidance by its international human rights obligation.


“Taking the initiative to prepare the first integrated and long-term national strategy for human rights in Egypt reflects the existence of a firm political will to give impetus to the relevant national efforts by adopting a comprehensive and serious approach to promoting basic rights and freedoms,” the Egyptian minister of foreign affairs commented on finalizing the first draft of the national strategy.

In press statements Shoukry highlighted that the national efforts exerted to advance human rights are based on the directives of President Abdel Fattah El-Sisi to address all human rights, whether economic, social, cultural, civil or political, as an essential part of the state's comprehensive development plan.