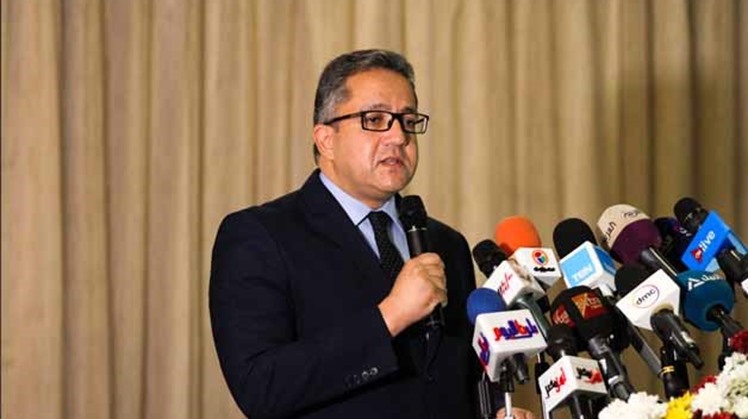 This came during Minister Anani’s visit to Prague to inaugurate the “Kings of the Sun” exhibition.

Minister Anani began the meeting by talking about the existing cooperation between Egypt and the Czech Republic in all fields, especially in the field of tourism and archaeology, thanking the Czech Ministry of Culture for the efforts it exerted to help Egypt recover a ceramic vessel dating back to prehistoric times after it left the country illegally.

For his part, the Czech minister of culture referred to the good relations and various aspects of cooperation between Egypt and the Czech Republic in all fields, praising Egypt's efforts to hold the exhibition, which was inaugurated in the National Museum in the Czech capital amid the exceptional circumstances the world is witnessing due to the coronavirus pandemic.

He also praised the efforts made by the Egyptian Ministry of Tourism and Antiquities to preserve Egypt's archaeological heritage and promote tourism and archeology in Egypt.

Anani invited the Czech minister to attend the ceremony of transporting the royal mummies from the Egyptian Museum in Tahrir to the National Museum of Egyptian Civilization.