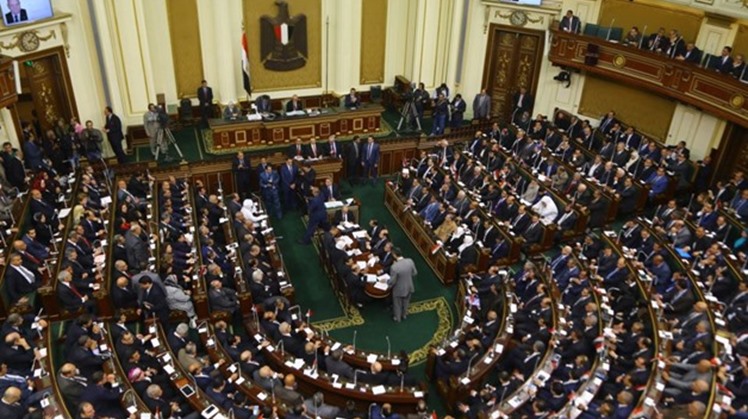 According to speaker Ali Abdel-Aal, the amendments have six objectives: to give a greater quota of parliamentary seats (25 percent) to women; create a second house (the Senate); increase the presidential term from four to six years; reinstate the post of the vice president; regulate the system for selecting the heads of judicial authorities; and re-define the role of the army in defending the country.

In addition, as many as 30 clerics from Al-Azhar institution and the Coptic Church, as well as 30 participants representing the National Media Organisation, national press organisations (heads of boards and editors-in-chief), and radio and television channels (prominent hosts and anchors from private and public channels). In total, 120 participants attented were expected to attend the first national dialogue meeting.

On Saturday, March 23, the minister of justice and representatives of judicial authorities, the Armed Forces and the higher council for the police (120 participants) joined the third session.

On Sunday, March 24, representatives of professional syndicates, private sector companies, leading banking officials, and the Federation of Egyptian Industries and Chambers of Commerce (120 participants) were scheduled to attend.

The fifth and sixth hearing sessions were the most important. These saw 120 officials representing most political parties.

In a concluding meeting on Thursday, 28 March, a long list of public figures, constitutional law professors, and representatives of NGOs and civil society organisations (120 participants) attended.

“In this session, I am happy to welcome heads of political parties who answered the call of the Parliament, and it is also a great pleasure to welcome members of the the Coordination Committee of Parties' Youth Leaders and Politicians, headed by MP Tariq al-Khouli,” Parliament Speaker Ali Abdel Aal said at the opening of the concluding session.

Par'l Speaker Ali Abdel Aal: “I'm happy to welcome heads of political parties who answered the call of the #Parliament & it is also a great pleasure to welcome members of the the Coordination Committee of Parties' Youth Leaders & Politicians,”#EgyptForward#التعديلات_الدستورية pic.twitter.com/4J2yrqMYGc


“The youth are half the present and all the future and everything that happens inside the Parliament runs for the sake and interest of the youths and our beloved country,” Abdel Aal added.

#Parliament member @AnwareSadat, who took part at the session, said that societal dialogue sessions are a national obligation for the sake of history and responsibility towards #Egyptians. #EgyptForward #Egypt | #التعديلات_الدستورية pic.twitter.com/TAGJkBCCyA


Commenting on the 4th Parliament social dialogue to discuss the proposed constitutional amendments, Abdel Aal further stressed that, “A healthy community has many opinions, even prophets were not granted full acceptance, and we must bear with all opinions, even if there are some exaggerations, as long as it does not affect the security of the country, the law, and the constitution.”

“We are on the right track, I did not say that our path to democracy is over, we are establishing a democratic system, and no one can say that we have already finished it. We must not look at Europe at the end of its democratic experience, but we must understand how it reached this level and how long did it take,” Abdel Aal added.

Parliament member and nephew of assassinated Egyptian president Anwar Sadat, Esmat El-Sadat, who took part at the session, said that societal dialogue sessions are a national obligation for the sake of history and responsibility towards Egyptians.

According to Sadat, a law professor said the Parliament is not obliged to hold hearing sessions regarding the constitutional amendments, nevertheless, he expressed keenness to participate and respond to the call due to the importance of civil dialogue.

“Mechanisms of amending the constitution according to article no. 126 is safe and sound, the amendments have been and still going according to the law,” Sadat added.

Furthermore, he expressed hope that the scoop of dialogue would widen to reach citizens who will go to the referendum to craft their votes.

#Parliament member @AnwareSadat, who took part at the session, said that societal dialogue sessions are a national obligation for the sake of history and responsibility towards #Egyptians. #EgyptForward #Egypt | #التعديلات_الدستورية pic.twitter.com/TAGJkBCCyA


Moreover, Essam Khalil, head of the Free Egyptians Party, said his party was amongst the first parties that announced agreement to the constitutional amendments because of their importance at this current stage.

While Deputy Head of the New Wafd Party, Yasser Al-Hudaibi, proposed that the amendment regarding the presidential term should be replaced with a an article the stipulates only six years for the president that begins from the day following the expiry of his predecessor’s term, and can be re-elected for one consecutive period.

Member of Egypt’s Support Coalition Abdel-Hadi al-Qasabi described the session of societal dialogue that was held on Thursday at the House of Representatives headquarters downtown Cairo as “historic.” He added that opponents to the constitutional amendments voiced their opinion freely.

The societal dialogue sessions are concerned with listening to politicians, political parties, public figures, the civil society, businessmen, and financial and economic institutions.