What does COVID-19 mean for Egypt’s economy?‎ 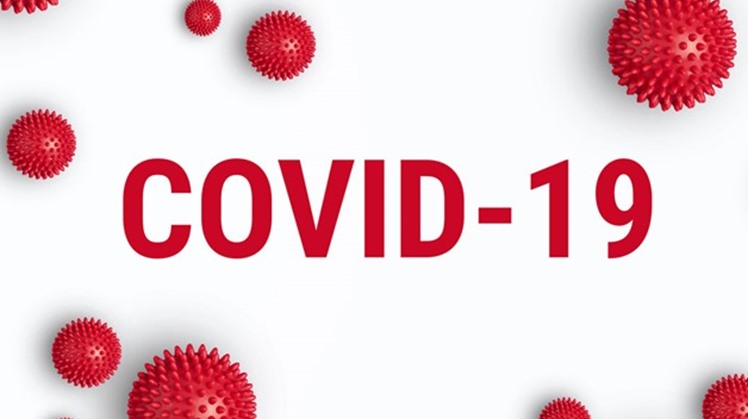 Sun, Mar. 29, 2020
CAIRO - 29 March 2020: COVID-19 has disrupted both supply and demand around the world. Egypt is not immune to ‎the recessionary trends caused by the sudden halt in supply chains and the sharp decline in ‎demand, domestically and globally, resulting from the rapid spread of the virus. The drop in ‎economic activity is even more evident in a country that has adopted fiscal consolidation ‎measures and increased public spending on major infrastructure projects that are ‎underway. These policies worked while the economy was strong, but it is time to consider ‎new strategies to promote the private sector as the government faces some tough decisions ‎ahead.‎

The Egyptian government adopted an ambitious reform program starting in 2016, which ‎included a currency devaluation, liberalization of certain sectors, and a phased lifting of ‎state subsidies. The implementation of these reforms was coupled with a high inflation rate, ‎and as a result disposable income has been shrinking and consumer demand in the domestic ‎market has weakened. ‎

Signs of improvement in early 2020 ‎

Despite a drop on the demand side, however, the Egyptian economy was showing significant ‎signs of improvement at the start of this year. Egypt had a GNP growth rate of 5.6 percent ‎in FY 2018/2019, unemployment stabilized at around 8 percent, while inflation was down to ‎single digits and seemed to be under control. According to the Central Bank of Egypt (CBE), ‎the annual consumer price inflation rate declined from 7.2 percent in January 2020 to 5.3 ‎percent in February. The Egyptian pound (EGP) steadily gained strength against the ‎American dollar in 2019 and was deemed one of the year’s top performing currencies. ‎

In addition, remittances from Egyptian expats working overseas reached $26.6 billion in ‎‎2019. This made Egypt the 5th largest recipient country in the world, according to the World ‎Bank, and remittances are an important revenue stream for many Egyptians.‎

But there are serious challenges on the horizon

While it is too early to gauge the total economic impact that COVID-19 will have on the ‎global economy as well as on individual economies, there are certain areas in which Egypt ‎is likely to face serious challenges. ‎

The disruption of supply chains will negatively affect industries that depend on inputs from ‎China and other foreign markets, thereby affecting production levels for the domestic ‎market as well as for exports. The decline in international trade as a result of the disruption ‎of supply chains will also have adverse effects on revenues from the Suez Canal, which ‎reached $5.8 billion in 2019. ‎

The oil-rich Gulf countries are struggling with the economic impact of COVID-19 given the ‎decline in demand for oil, especially from China, as well as the recent and sharp fall in ‎prices stemming from the Russia-Saudi Arabia dispute, with Brent trading for under ‎‎$30/barrel as of late March. This will result in a tightening of economic policies in the Gulf ‎states and may require wage cuts and layoffs among expatriate workers, which in turn will ‎affect the remittances of Egyptian expats, who account for a high percentage of the ‎workforce in the Gulf. ‎

The tourism industry is unlikely to see a revival until next season in light of ongoing travel ‎restrictions and the lingering psychological impact of health risks associated with ‎international travel. The demand crunch both globally and domestically will spill over into ‎recessionary trends that will affect domestic investments and employment. ‎

In addition, in light of the global uncertainty around the current situation and the expanding ‎role that governments will play in safeguarding their economies, countries such as Egypt ‎might find it even more difficult to access the finance needed to support their economies ‎and carry out their stimulus plans. Global financial institutions like the International ‎Monetary Fund may not be able to handle the huge demands that are likely to arise as a ‎result of this crisis given the sheer number of countries affected.‎

The need for government action

In anticipation of these challenges, the Egyptian government has been quick to introduce ‎stimulus measures. The CBE announced on March 16 that it was cutting borrowing rates by ‎‎3 percentage points to stimulate industries and boost demand, while increasing credit limits ‎for businesses to support working capital and payment of salaries. At the same time, with ‎fear of dollarization and to ease expected pressures on the currency, public banks are ‎offering new certificates of deposit at a rate of 15 percent for one year, which is only ‎available online without any need for personal interaction. ‎

Furthermore, the CBE has instructed all banks and lenders to provide a six-month grace ‎period on all loans as an emergency tool to ease the burden on the population and the ‎private sector. The government also announced the following measures: the allocation of ‎EGP 100 billion (around $6.25 billion) to combat the virus; a reduction in the price of natural ‎gas and electricity for industries; the immediate release of export subsidy arrears; and the ‎provision of support for the tourism and real estate industries through banking finance ‎initiatives. ‎

As the world changes in the wake of the COVID-19 pandemic, Egypt has an opportunity to ‎address some of the structural reforms in the economy by boosting the confidence of the ‎domestic private sector, as well as moving at a faster pace to promote technological ‎transformation, particularly in the financial and health care industries. ‎

Based on what we are seeing globally, Egypt is likely to face some serious public health and ‎economic challenges in the days ahead. It is important to act quickly and creatively to ‎anticipate and mitigate them.‎

*The Writer is a non-resident scholar at MEI and CEO of EN Investment. He previously ‎served as CEO of the Chemical Industries Holding Company and as Egypt’s Principal Deputy ‎Minister of Planning, Monitoring and Administrative Reform and Principal Deputy Minister ‎of Investment. The views expressed in this article are his own.‎

**This article was originally published by the Middle East Institute in Washington ‎DC. https://www.mei.edu/publications/what-does-covid-19-mean-egypts-economy