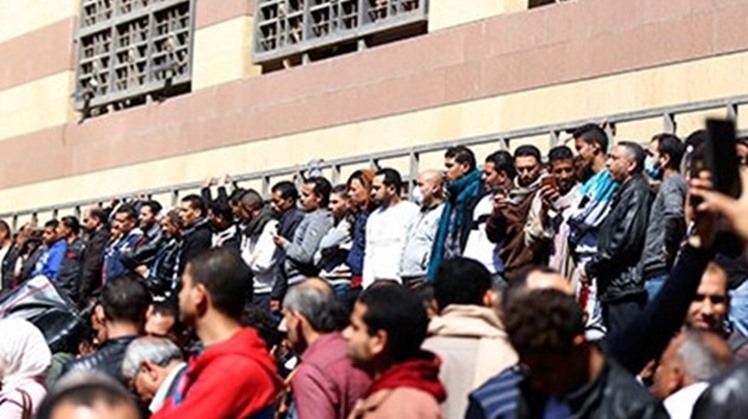 Prime Minister Moutsfa Madbouli held an emergency meeting on Monday to find solutions to the gatherings of Egyptians who flocked to the national central medical laboratories to conduct PCR test for coronavirus before traveling to Saudi Arabia, according to a statement issued by the cabinet.

Saudi Authorities announced that people who want to travel to the kingdom are required to bring certificates of PCR tests to prove that they are virus-free. Later, the Egyptian Ministry of Health opened medical laboratories on Sunday, March 8. However, hundreds of people gathered and caused a state of chaos outside the national laboratories amid fears of the virus spreading.

Consequently, Minister of Health Hala Zayed said during the cabinet’s emergency meeting that an online website has been created “www.clab.mohp.gov.eg” for the travelers to register for their medical test to avoid big gatherings. Travelers should book their flights on the same day of conducting their PCR tests, she added.

The Egyptian Health Ministry on Sunday announced seven new coronavirus cases in the North African country, bringing the total number of infected persons to 55 including Egyptians and foreigners.

In an interview with Al-Hekayah on MBC Masr, Health Ministry Spokesman Khaled Megahed said the cases include the nurse of the infected Egyptian citizen who came from Serbia, an Egyptian citizen coming from Muslim pilgrimages in Saudi Arabia, two relatives of an infected foreigner and another person who was on board a Nile cruiser in Upper Egypt.

This comes after the ministry reported the first death in Egypt due to the deadly virus, a German tourist who tested positive for coronavirus on March 6.