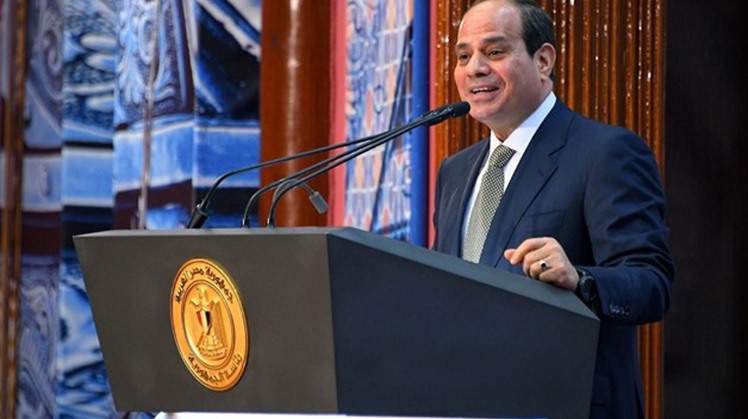 Presidential spokesman Bassam Rady said Sisi expressed hope that the multinational company would increase its operations in Egypt, praising its investments in the Egyptian market since it started work in it more than 50 years ago, according to state news agency.

He said the company contributed greatly to oil and gas exploration in the country and that Egypt seeks to increase discoveries of oil and gas, adding the British company also helped Egypt to become a regional gas hub in the east Mediterranean.

President Sisi said that Egypt gives priority to the private sector's participation in the energy sector, pointing out to the importance of its successful partnership with BP in training and honing the skills of cadres and its support to educational initiatives and financing of scholarships for Egyptian graduates at major British universities.

For his part, Looney said he was happy to meet the president and and asserted keenness to visit Egypt in his first overseas tour after assuming office.

He said that Egypt was and will remain a strategic partner for British Petroleum, hailing the achievements made in Egypt in the fields and oil and gas discoveries.