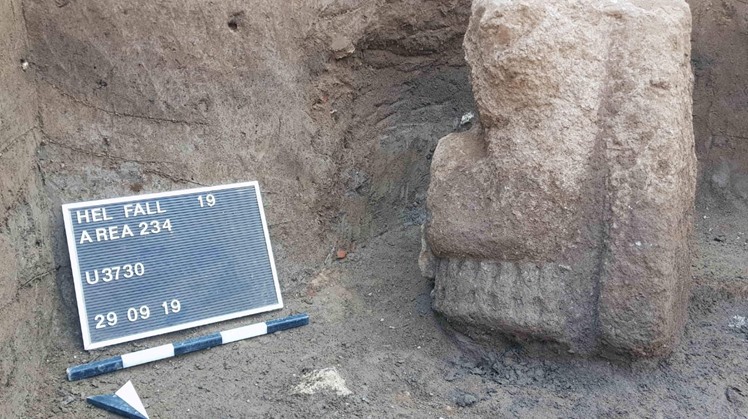 Sun, Dec. 1, 2019
A joint German-Egyptian archaeological mission working at the temple of Helupobles in Matareya has revealed a number of parts of the royal statues and a large wall of mud bricks dating from the New Kingdom, during the completion of its thirteenth season.

Dr. Ayman Ashmawy, head of the Egyptian antiquities sector, and head of the archaeological mission from the Egyptian side, said that the mission carried out excavations and probes for this season near the industrial workshops area, where they found part of a paved street at a depth of 1 m below the groundwater, and a total of pottery pots dating back to the era The third move, in addition to a number of excavations dating back to the Hellenistic era, where a pit contained the remains of inscriptions of King Ramses II, including a stone block with representation of King Ramses II in front of the god "Re Hor Hor sister", nicknamed the great god Lord of the sky ruler of Heliopolis.

The second pit contained a number of parts of the royal statues, one of which is part of the base of the statue of King Seti II (1205- 1194 BC), made of brown quartz, and a red granite statue, which is mostly due to the god Isis or Hathor or one of the queens From the era of Ramesses.

Head of the mission from the German side, Dietrich Rau said that beside the wall discovered at the second site "Al-Mu'tasim Street", a layer of rubble was found, including several molds intended for making amulets of pianos and parts of virtual columns reused from the Old Kingdom. On top of another layer dating back to the pre-dynastic era, found in three squares of small excavations of mud bricks representing housing and breweries dating back to this period, which is similar in its architecture with the group discovered hill chicken in Sinbalaon Center in Dakahlia, in addition to found several stone tools and trap From the period of the Maadi era, which represents the civilization of Lower Egypt, which preceded the era of the unification of the two countries.

The excavations of the mission are concentrated in the south-west side of the Temple of Heliopolis in Area 51, and had succeeded in unveiling last April a small cemetery of the third transition period. 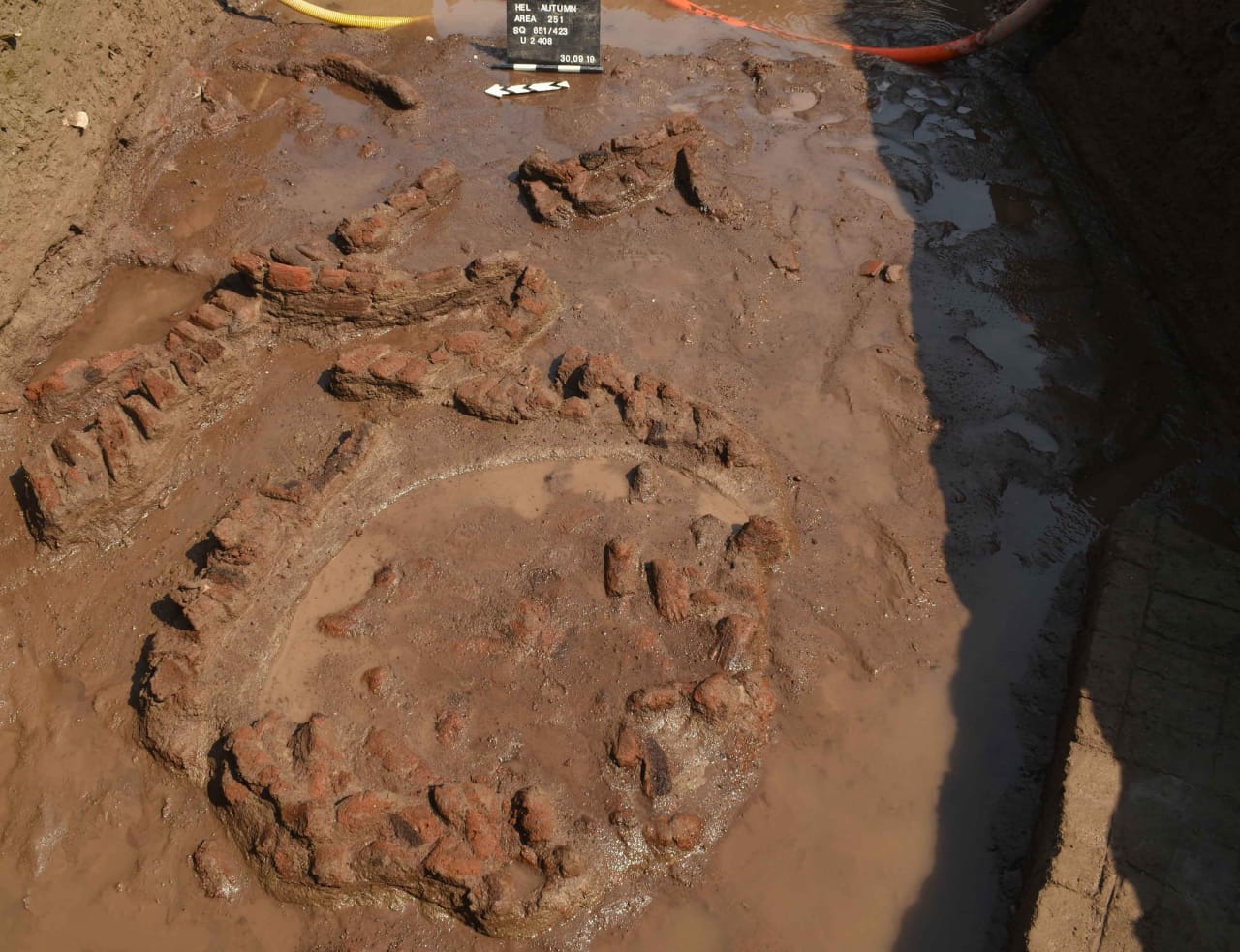 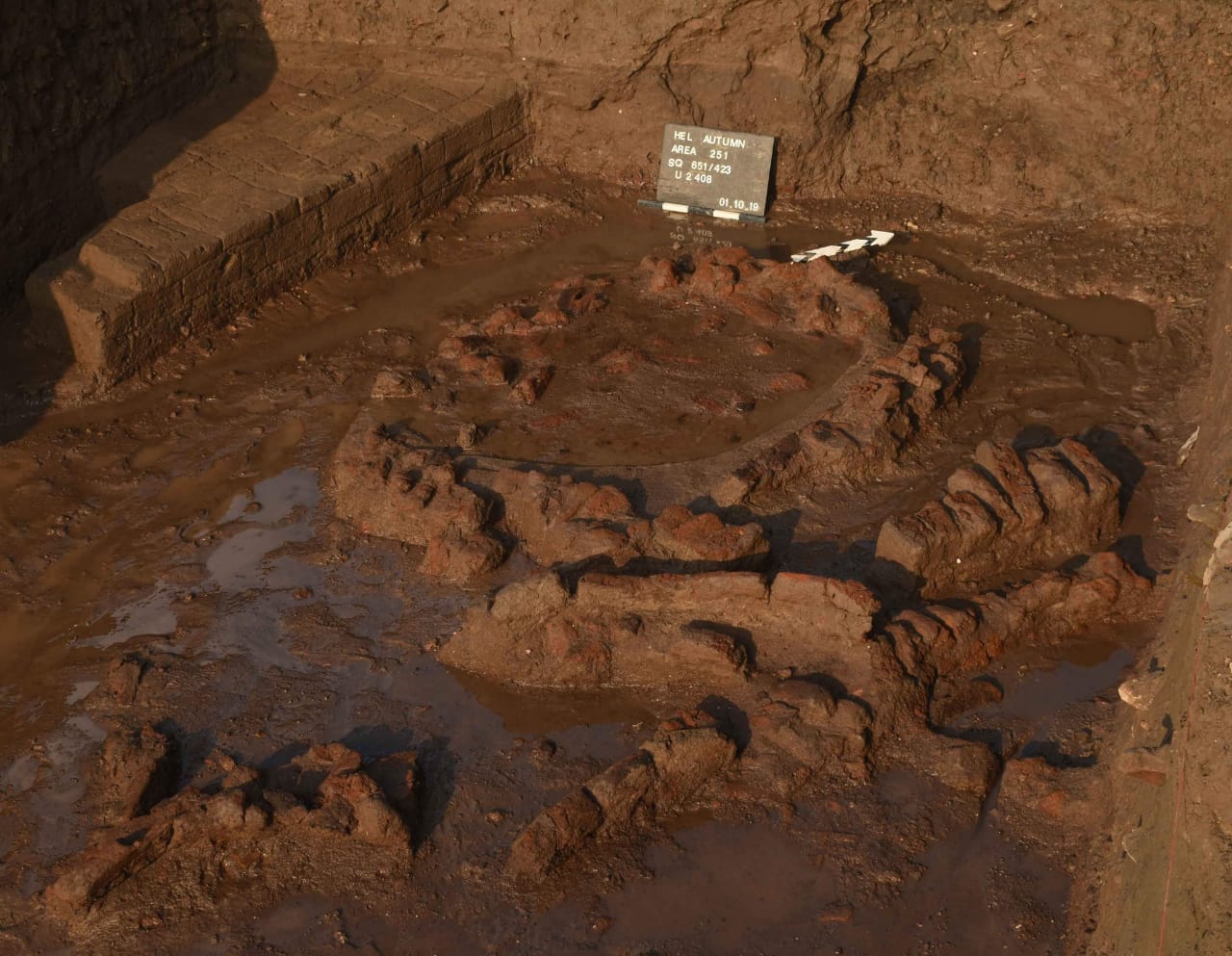 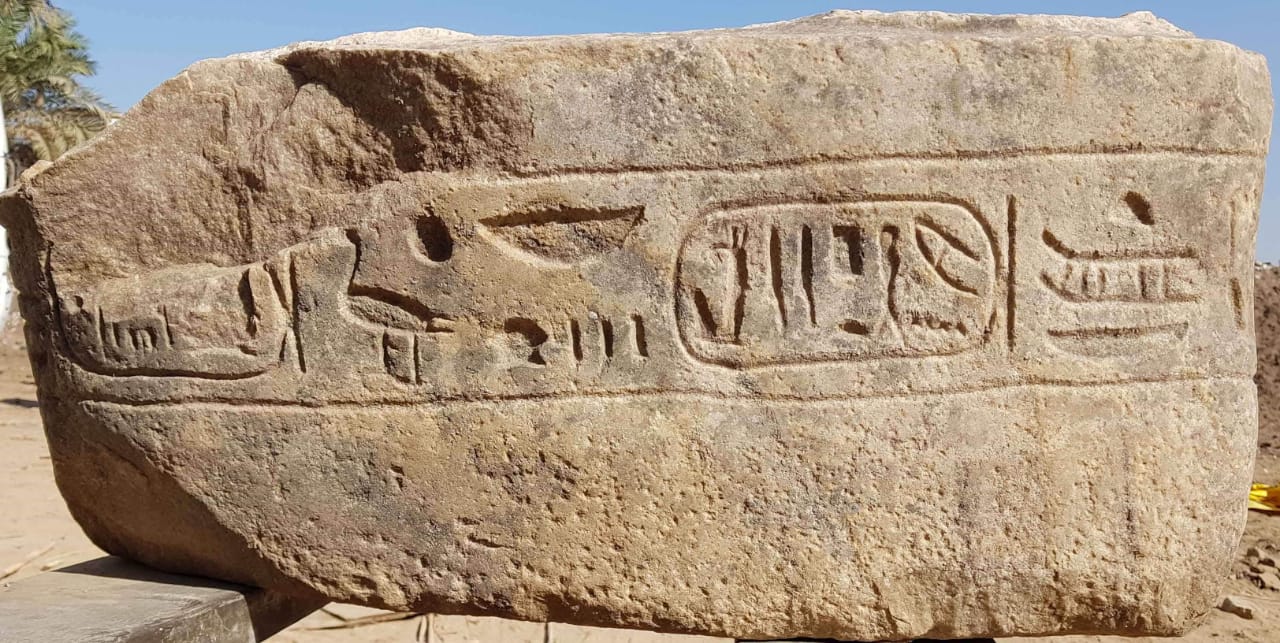 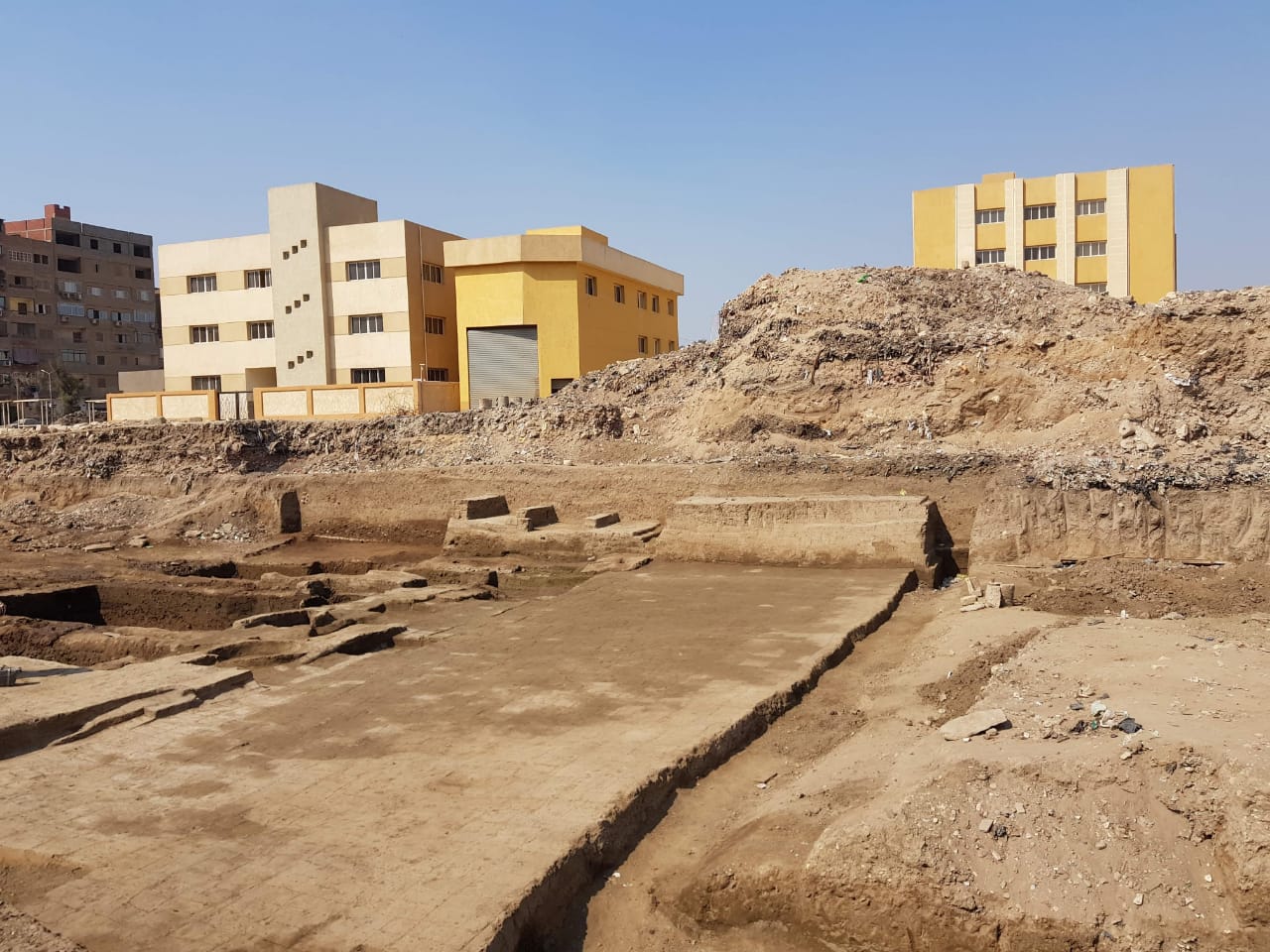 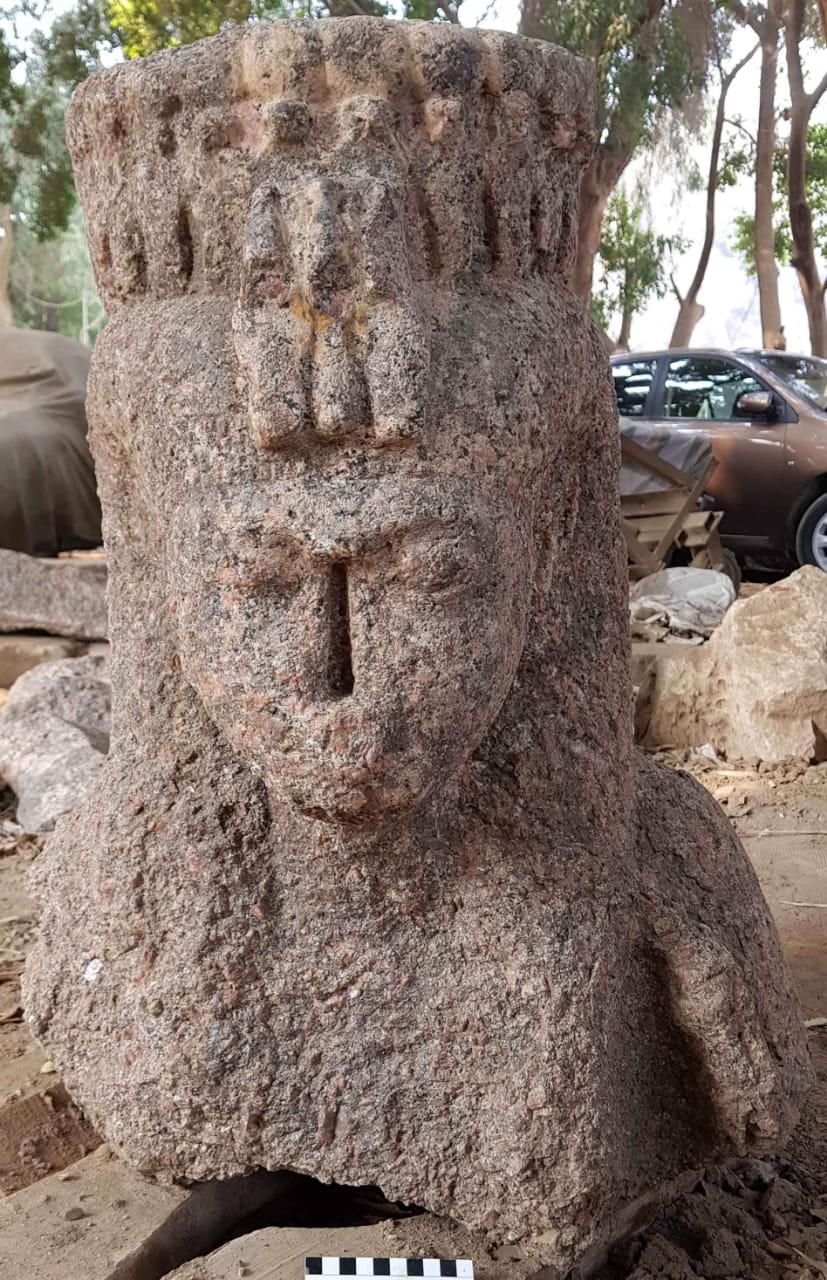 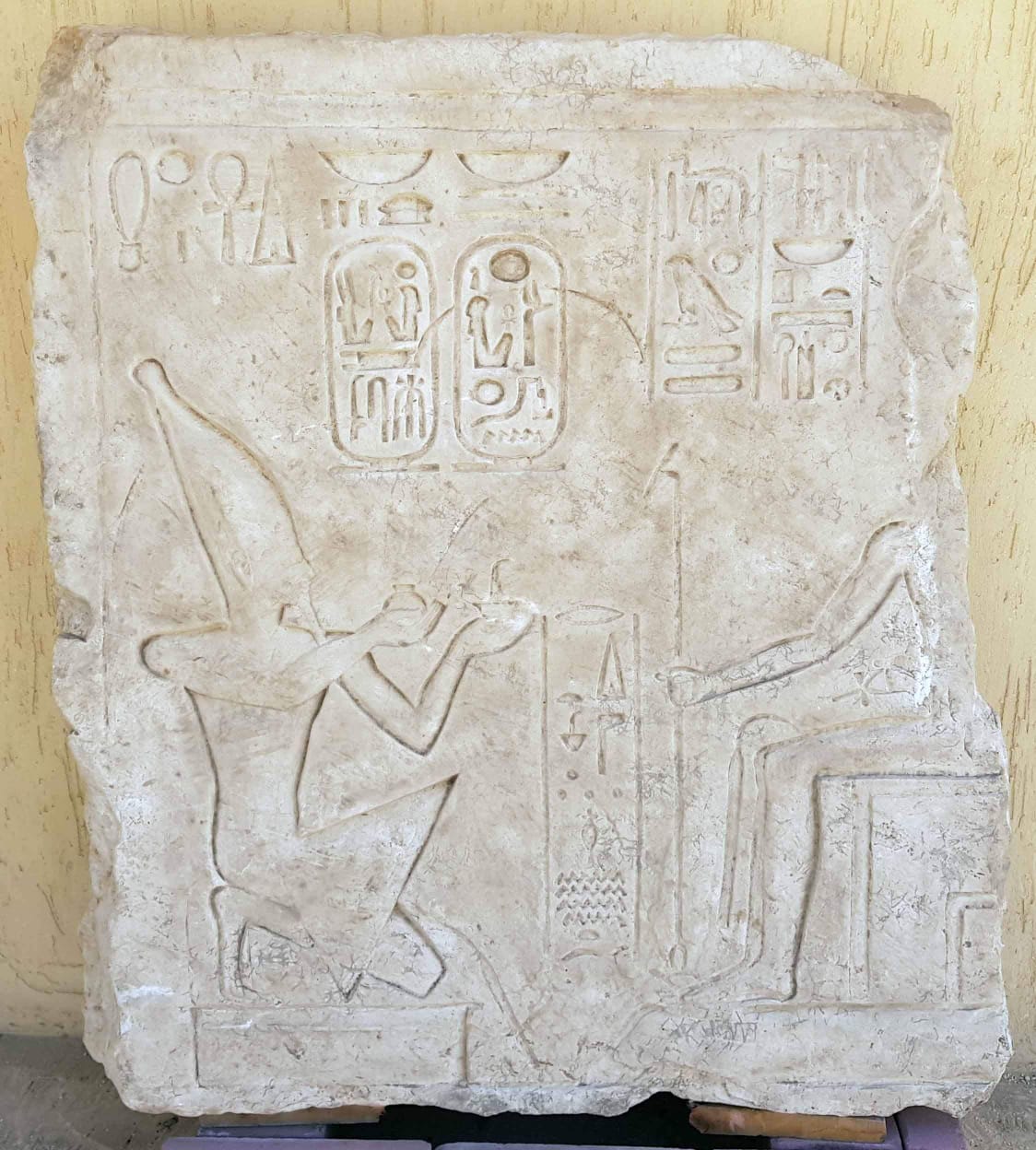