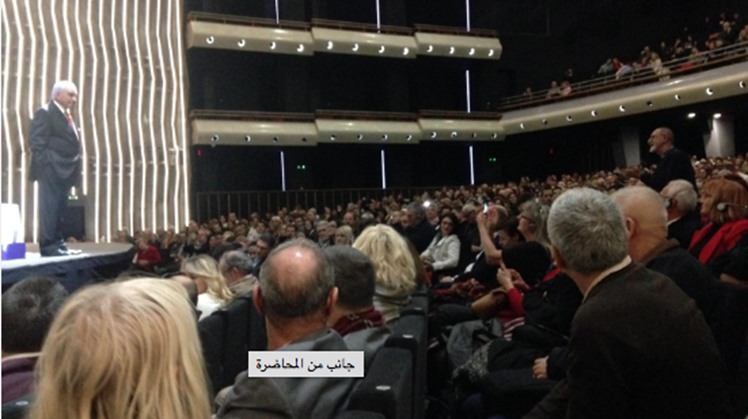 Mon, Nov. 25, 2019
Egyptian archaeologist Dr. Zahi Hawass gave a lecture on the Egyptian antiquities in the Republic of Serbia, in the presence of Egyptian Ambassador Amr El-Goueily, the former Ambassador of Serbia in Egypt and about 1000 people.

Hawass talked about the new discoveries being made by the Ministry of Antiquities, the coffins of Al-Ghuraif in Minya, Khaseet Al-Assasif, the mysteries of the Great Sphinx, the Great Egyptian Museum and the secrets of the pyramids and its excavations in the western valley of the Valley of the Kings and the search for Nefertiti.

Hawass announced that after 12 years of excavations at the Temple of Tabuziers Magna in Alexandria, there is no evidence to bury Cleopatra in this place.
Hawass is likely to be buried in the cemetery, which was built next to the palace and is now under water.

Hawass announced that in 2020 we will announce to the whole world how King Tutankhamun died.

After the lecture, the former Ambassador of Serbia in Egypt, "Dragon" held a dinner party to receive "Hawass" in the presence of many intellectuals and politicians.