Oldest Map of The Underworld Found Inside An Ancient Egyptian Coffin Inscribed 4,000 Years Ago 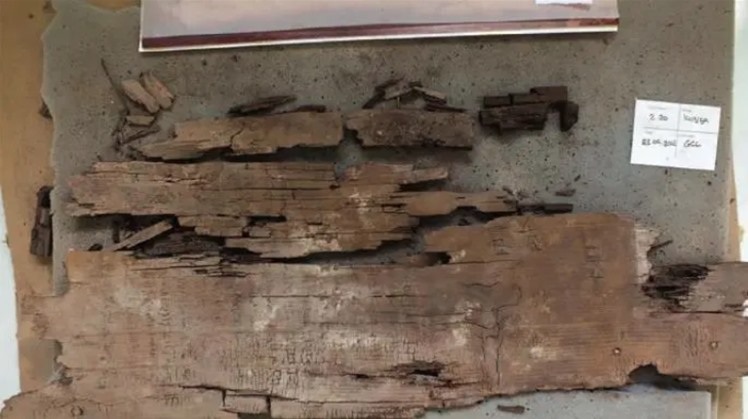 The ancient doodle was designed to help the dead reach the afterlife by guiding them through the perilous obstacles of the underworld.

The coffin and its artwork were discovered in a burial shaft in the Egyptian necropolis of Dayr al-Barsha.

An inscription on two wooden panels recovered by archaeologists is a mix of hieroglyphs and symbols known to the Ancient Egyptians as The Book of Two Ways.

It depicts two zigzagging lines that detail two routes the dead can use to reach Osiris – the Ancient Egyptian god of the dead – in the afterlife.

Spells were written into the text to help the deceased ward off demons on their dangerous journey.

"In many ways, the Book of Two Ways can be described as the first illustrated book in history,” Ancient Egypt expert Dr Foy Scalf, of the University of Chicago, told The Times.

"It offers the first illustrated guide to a sacred geography."

While the find was made in 2012, a new study reveals it's the oldest known example of The Book of Two Ways.

The guidebook was written on the inside of a coffin of a high-ranking woman called Ankh.

It's one of few artefacts found inside the tomb, which grave robbers ransacked over multiple visits centuries ago.

Archaeologists dated the tomb and its contents to around 4,000 years ago based on inscriptions carved within.

They depict Djehutinakht I, an ancient governor who ruled the region from around the 21st to 20th century BC.

If true, that would make the copy of the book found on the coffin around 500 years older than any other found.

Several copies have been found before, written on everything from tomb walls to mummy masks.

They were typically reserved for high-ranking officials of the Kingdom of Egypt.

The book is part of a huge body of work known as The Coffin Texts, which includes more than 1,000 spells and religious writings on the afterlife.

Little is known about the Book of Two Ways, including when it was written and by whom. 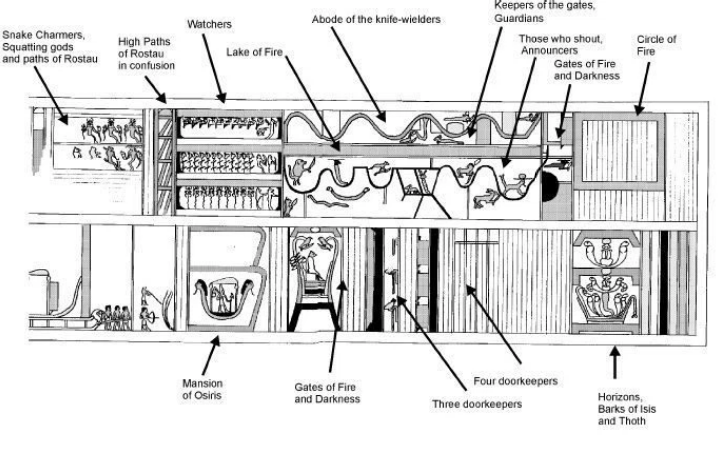 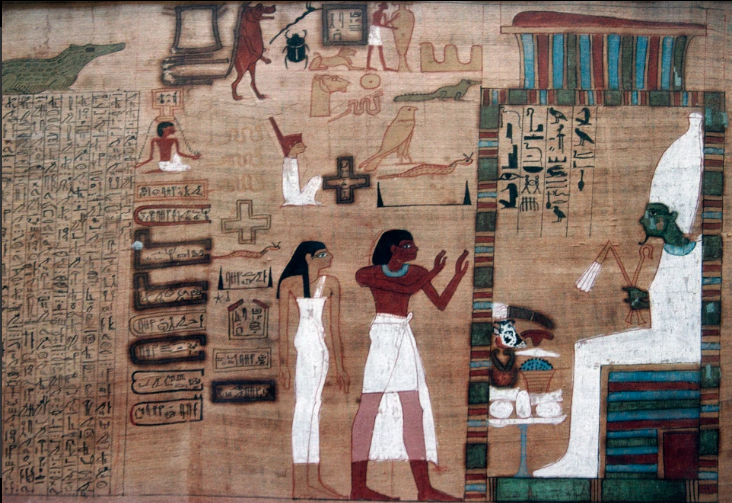