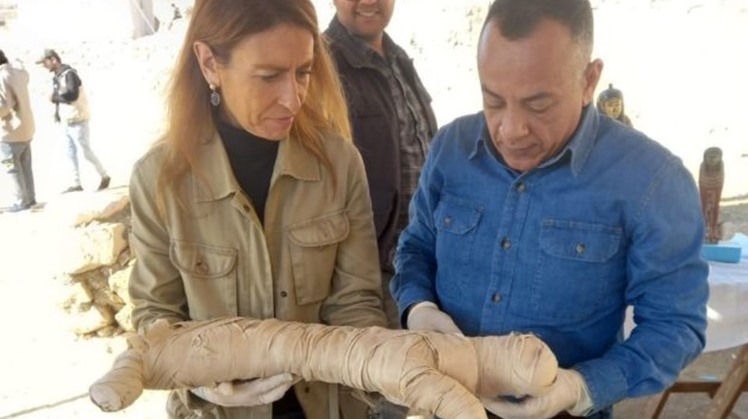 
During the tour Sanz inspected the excavation work currently being carried out by the Egyptian archaeological mission to uncover more secrets of the region, as well as the latest archaeological discoveries, in addition to the restoration and scientific publication of a number of tombs in the archaeological area.

Mrs. Nuria Sanz expressed her admiration for the Council's achievements in the region.