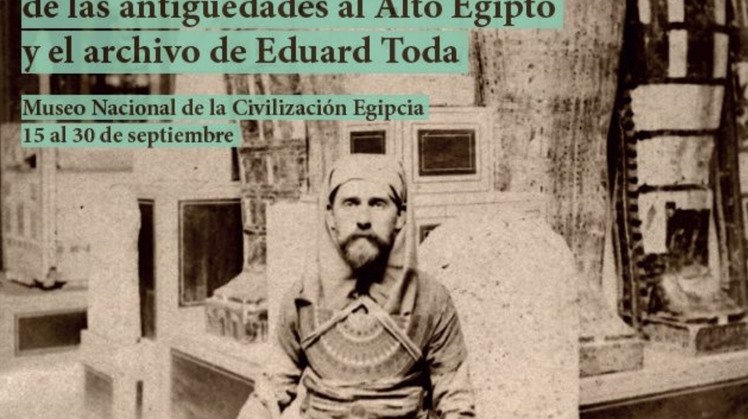 Thu, Sep. 15, 2022
The director of the NMEC and the Ambassador of Spain in Cairo inaugurated an exhibition of archival photos entitled “Inspection Trips to Archaeological Sites in Upper Egypt and the Edward Toda Archive”.

On the sidelines of the exhibition, a scientific symposium was organized for a group of Egyptian and Spanish archaeologists on the history of the Spanish archaeological missions’ work in Upper Egypt and their most important discoveries.