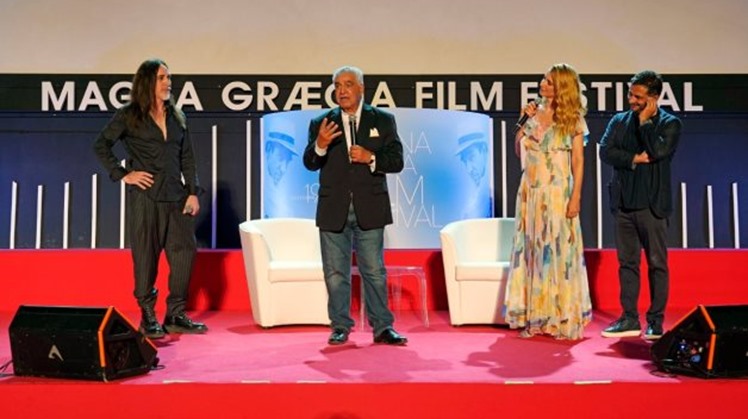 Hawass was celebrated for composing the opera "Tutankhamun". The festival’s president Gianvito Casadonte named it “the most important artistic accomplishment” in 2022.

Hawass stood in front of hundreds of TV channels and newspapers to conduct interviews and press interviews, as well as television interviews.

After that, the festival announced the honoring of Hawass and screened a 3-minute film about his accomplishments, dubbing him as the modern day Indiana Jones.

Hawass, along with many representatives of Italian and American cinema, entered the festival to the applause of 10,000 attendees, and was presented by a famous Italian singer.

Hawass said that he is pleased with the presence of the Italian musician and screenwriter for Opera Tutankhamun, and that he wrote this work on the occasion of the centenary of King Tutankhamun.

Tonight, Hawass will hold a symposium on King Tutankhamun on the sidelines of the festival, which runs until August 7.

This is the first time that an archaeologist has been honored at a film festival.