In Pics: The Oldest Ruler In The World - Cubit rod (rule) of Maya Treasure of King Tutankhamun: 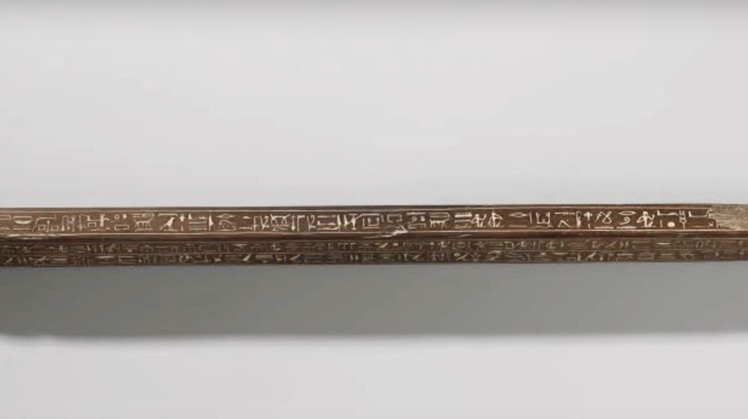 Thu, Jul. 11, 2019
Cubit-rods of wood or stone were used in Ancient Egypt, and they are usually found in the tombs of officials. An examples is known from the tomb of Maya—the treasurer of the 18th dynasty pharaoh Tutankhamun—in Saqqara, and also the oldest ruler in the world.

The recording of the harvest and the annual survey of agricultural land after the Nile flood, which displaced the marker stones, were two of the foundations of Egyptian bureaucracy. The unit of length was the cubit (of approximately 52.5 cm), and this is a particularly well-preserved cubit rod, which bears the name of a high official, Maya, royal treasurer under Tutankhamun and Horemheb.

A detailed measuring rod, this rule is a hardwood rod of rectangular profile, which has one beveled edge and so five longitudinal surfaces.

The beveled surface offers precious information: on the left are marked the digit (here 1.86 cm) and the palm (7.47 cm), while on the right the graduations show the royal cubit of 7 palms (52.3 cm) and the common cubit of 6. 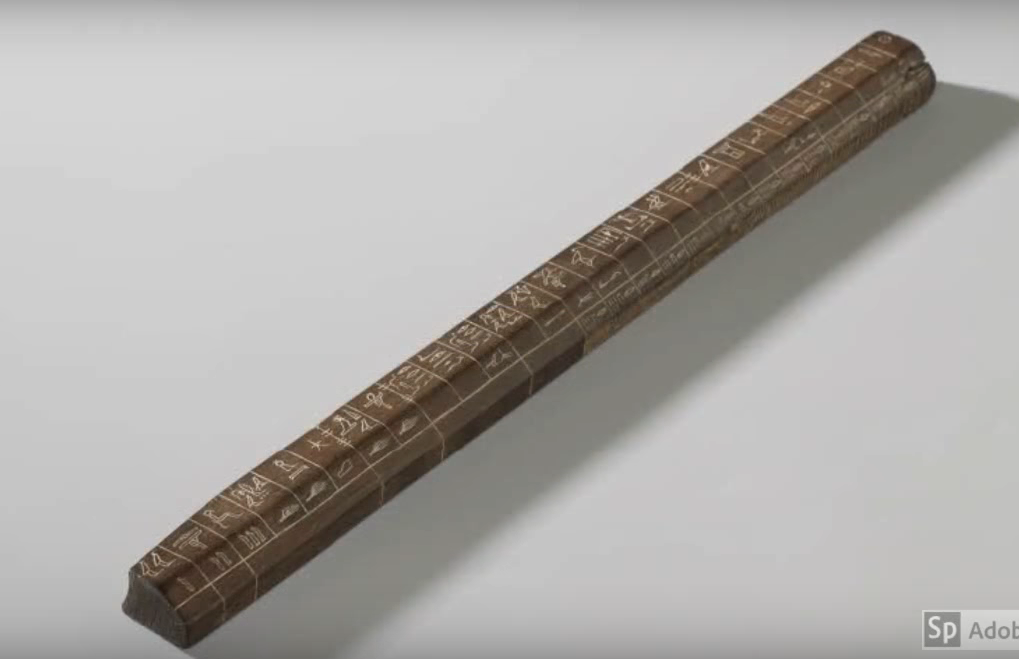 The other graduations correspond to units less frequently employed. On the vertical face beneath the bevel, on the right, are fifteen digits marked with their subdivisions, ranging from halves to sixteenths, the appropriate fractions being inscribed above each. On the upper surface, each of the twenty-eight digits is coupled with the name of a god, beginning on the right with Ra.