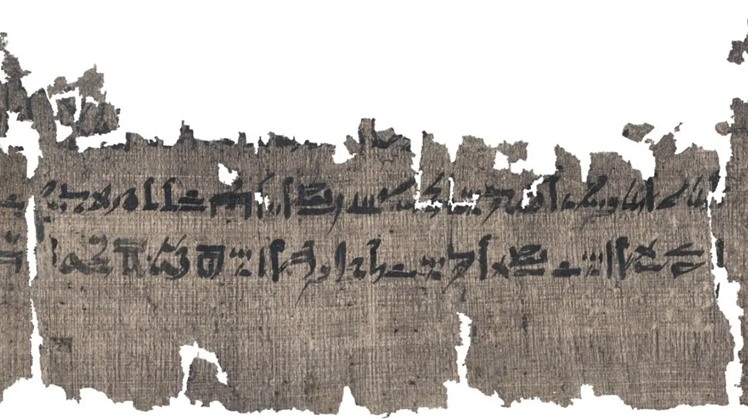 Thu, May. 12, 2022
Scientists can now reconstruct the entire mummification process of the ancient Egyptians thanks to a fascinating find. The oldest book on the ancient embalming process was recently discovered in an Egyptian medical manual dating back 3,500 years ago.

For ancient Egyptians, the mummification process was a sacred ritual to prepare loved ones for the afterlife. Only a few individuals knew the method. Egyptologists believe there was little evidence written down since most ancient Egyptians passed down the knowledge by mouth.


Just two written documents of the process have been discovered, which is why Egyptologists were shocked to find the most recent text. The manual not only reveals the lengthy process of mummification but also focuses on the use of herbs to reduce swelling of the skin.

The manual describes different types of bandages and herbal recipes to be used at various stages of the process. It only includes the more difficult steps of mummification, as if to remind the specialists of the correct order.

Unlike past texts, the manual includes the mummification process of the face, which occurred every four days. This involves a red linen cloth doused in herbal substances of a certain aroma to be draped over the face. A special sealant is used to help the cloth stay in place like a protective barrier against bacteria.

Although this method was not previously known, many mummies have been found to have faces encased in cloth and a resin-like substance. According to Egyptologists, this entire process was a sacred ritual, during which the specialists would work on the body every four days for a total of 17 times. To keep away bugs and rodents, they would wrap the body in cloth and cover it with straw that was laced with aromatics when the body was not being embalmed.

Dated at 1450 BC, the manuscript is older than the previously discovered texts by over 1,000 years. It is the first to reveal the use, appearance, and even religious aspect of herbs used in the mummification process. In ancient Egypt, lesions and other disorders of the skin were seen as a plague from Khonsu, the lunar god.

According to the manuscript, the process lasted over 70 days and occurred near the tomb. The process was split into, leaving 35 days for drying with the use of natron all throughout the body. This began on day four after the body was purified.

Purification of the body included removal of all organs, including the brain, and the sinking in of the eyes into the sockets. The remaining 35 days was used for wrapping the body. This included the use of specific bandages dipped in herbal substances to cover the body and face.

The embalming process was finished on day 68, upon which the body was placed in a coffin. The last two days consisted of ancient Egyptian rituals to help the dead move on to the afterlife.

The papyrus is planned for publication in 2022 as a collaboration between the Louvre Museum and the Papyrus Carlsberg Collection. If you are interested in a copy of Sofie Schiødt’s PhD thesis “Medical Science in Ancient Egypt: A translation and interpretation of Papyrus Louvre-Carlsberg (PLouvre E 32847 + PCarlsberg 917)”, which she defended 8 February 2021, please contact her at [email protected]