Today's activities.. A tent instrument concert at the Suhaimi House and the Cairo Symphony Orchestra at the Opera House 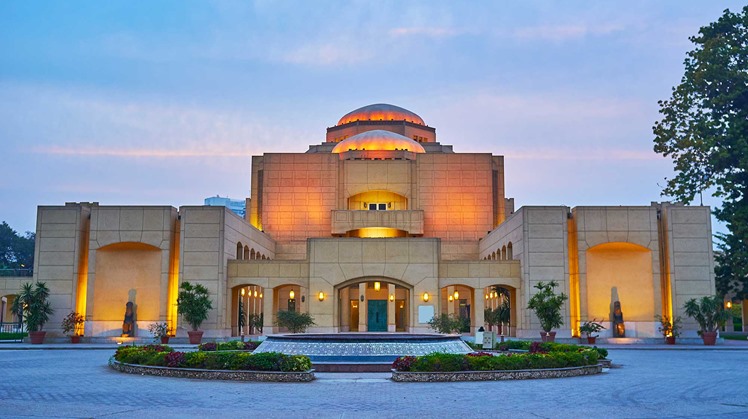 Mon, May. 9, 2022
Today, Sunday, May 8, 2022, a number of cultural and artistic events will be held in a number of creative bodies and centers, including:

The Creativity Center of Beit Al-Suhaimi "On Al-Moez Street" hosts the Nile Band for Folk Instruments, affiliated with the General Authority for Cultural Palaces.

Downtown Cairo Library is holding a critical symposium to discuss the book "Vanilla Revolution..Letters from the Kitchen" by Heba Allah Ahmed, the storyteller and writer, at exactly six o'clock in the evening, moderated by the media Khaled Mansour. The literary critic at the Academy of Arts, the critic Dr. Sayed Daifallah, professor of modern literature at the American University in Cairo, and the critic Dr. Adel Dargham, professor of modern literature and criticism at the Faculty of Dar Al Uloom, Fayoum University.‎

El-Sawy Culture Wheel will host a concert featuring the "Gino Side" team, the "Radio Active Toy" team and the "Roar" team, at seven in the evening in the River Hall.

The Symphony Orchestra continues to present international classical compositions, as the Grand Theater will witness an evening concert entitled Egypt in Music, led by Maestro Nader Abbasi, and in which the sopranos, Dalia Farouk, Alto Amina Khairat, Tenor Mostafa Medhat, and the bassist Reda Al-Wakeel, will participate. The program includes a number of international classical works inspired by civilization. ancient Egyptian.