The Launch of the Website of Egyptian Museum in Tahrir 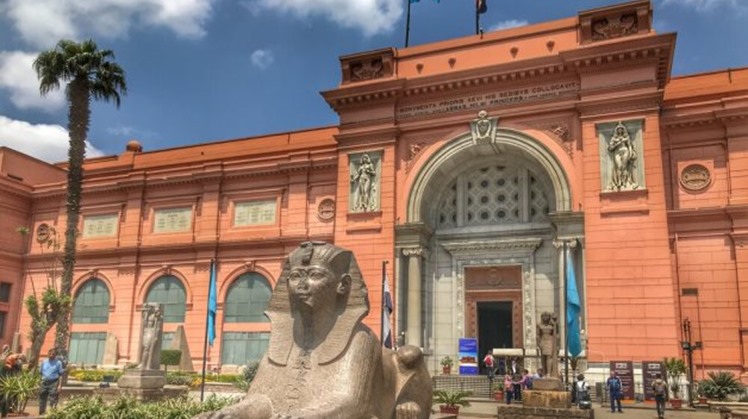 Thu, Nov. 18, 2021
On the occasion of the 119th anniversary of the founding of the Egyptian Museum in Tahrir, the Ministry of Tourism and Antiquities launched the museum's website.

Assistant Minister of Tourism and Antiquities for Digital Transformation Khaled Sherif said that the launch of this website comes within the framework of implementing the ministry’s strategy for digital transformation, in line with the state’s trend towards an unprecedented digital renaissance. Launching the websit is considered a pillar of the second phase of the museum's development project, which is currently being carried out by an Egyptian company and is funded by the European Union.


Sherif added that work to create the website started in April, and a number of international experts participated in its design and implementation, pointing out the importance of this step, which commensurate with the importance of the museum as one of the oldest museums in the world.

For her part, Director General of the Museum Sabah Abdel Razek said that the site allows its visitors to learn about the museum, its holdings, and the services provided to its visitors. This is in addition to the possibility of purchasing visiting tickets to the museum using credit cards, within the integrated system of electronic tickets. The website also contains a map of the museum from the inside, showing the locations of the halls, their names and numbers, which contributes to helping visitors to move around the museum easily during their visit.

She added that the site also includes photos of the museum's most prominent holdings and a group of rare archival photos showing the museum's construction process and the shape of its halls when it was opened, noting that these photos are part of the treasures preserved in the museum's archive with glass negatives.

Moreover, the website contains a pictorial account of the history of the museum and a complete list of the former directorsof the entity, from the first Egyptian Museum of Antiquities in Azbakeya,to the Bulaq Museum and Giza Museum until now.

It is worth noting that the museum began operating electronic payment machines for museum entry tickets last September to replace the manual ticket payment system.

The Egyptian Museum was opened in Tahrir in 1902 and is one of the first buildings in the world that was built to be a specialized museum.

The museum includes distinguished restoration laboratories in addition to a library containing rare books and encyclopedias dealing with ancient Egyptian antiquities and civilization.