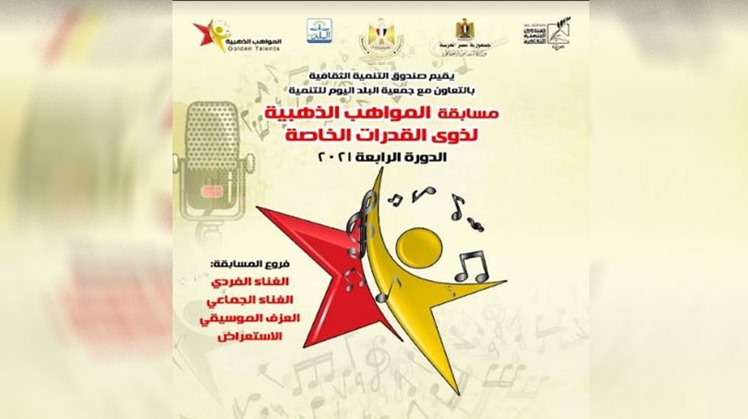 Tue, Oct. 19, 2021
The activities of the fourth edition of the "Golden Talents" competition for people of determination, organized by the Cultural Development Fund Sector, were concluded at six in the evening on Tuesday, October 19 at Al-Gomhouria Theatre.

In group singing, the choir of the Egyptian Opera House won second place, while the choir of Alexandria won first place, and the prize for third place was withheld.

Ahmed Assem won first place in the solo playing category, for the percussion instrument, while the first and second place prizes were withheld.