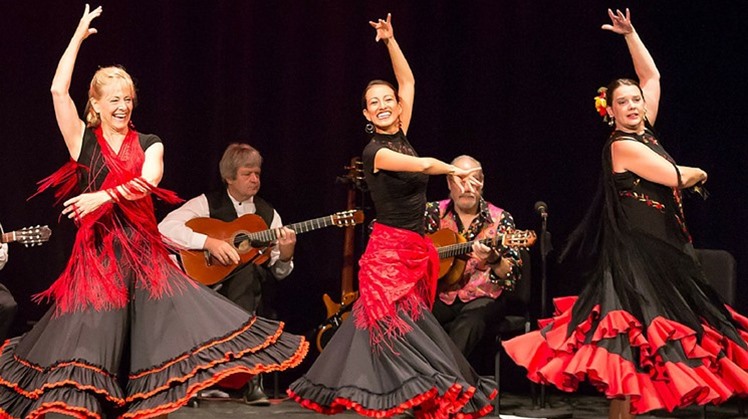 Mon, Oct. 11, 2021
The Egyptian Opera House will host the Spanish troupe Flamenco de Madrid, one of the most famous flamenco groups in the world.

The Spanish group is the first foreign band to perform in the new season, and they will present the Fiesta Flamenca show for five nights on October 14, 15, 16 at 8 p.m. at Cairo Opera's Fountain Theater; and on October 19, 20 at Sayed Darwish Theater [Alexandria Opera]. These shows come in cooperation with the Embassy of Spain in Cairo, as part of the Opera House's celebrations of its 33rd establishing anniversary.

Flamenco de Madrid troupe was founded in 2001 as an independent troupe and then turned into a cultural institution in November 2009.

It includes a group of the most famous designers and coaches who have rehabilitated more than 200 performers and 50 musicians with the aim of reviving and preserving the classic form of Spanish dance and bolero, which is an integral part of the history of the arts in Spain.