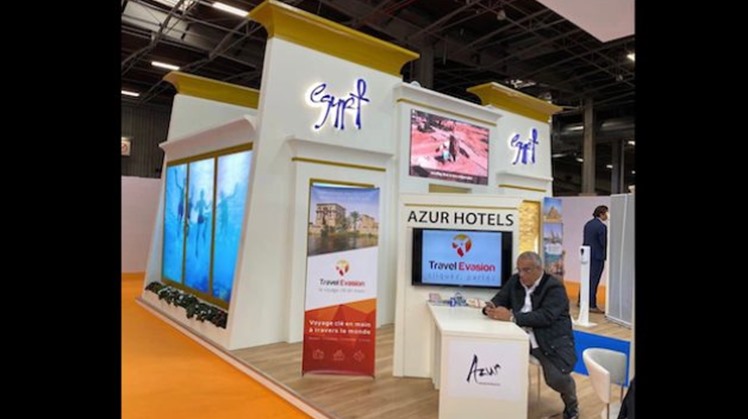 Sun, Oct. 10, 2021
Egypt’s Ministry of Tourism and Antiquities is participating in the IFTM TOP RESA International Tourism Fair in its 40th edition, which is currently being held in the French capital, Paris.

The fair will run during the period from October 5-8, and is considered one of the most important professional tourism exhibitions held annually in France.

The ministry is participating this year with a booth of 90 square meters and exhibitors representing a number of Egyptian tourism and hotel companies, EgyptAir and the Ministry of Environment.

The Egyptian pavilion participating in this year's exhibition depicts the pharaonic character, as it was designed in the form of a temple.

From the outside, the temple's body contains various luminous images that express the beauty and diversity of the Egyptian tourist destinations. The pavilion also includes a set of large screens through which a group of different films are screened, including a film about the recent archaeological inaugurations and films recently launched by the Ministry of Tourism & Antiquities as part of its promotional campaigns.


A hologram of the mask of the Golden King Tutankhamun and his throne is also exhibited, as part of the promotion for the Grand Egyptian Museum.

In the Egyptian pavilion, there is a room for VIP visitors, and an information desk in the forefront.