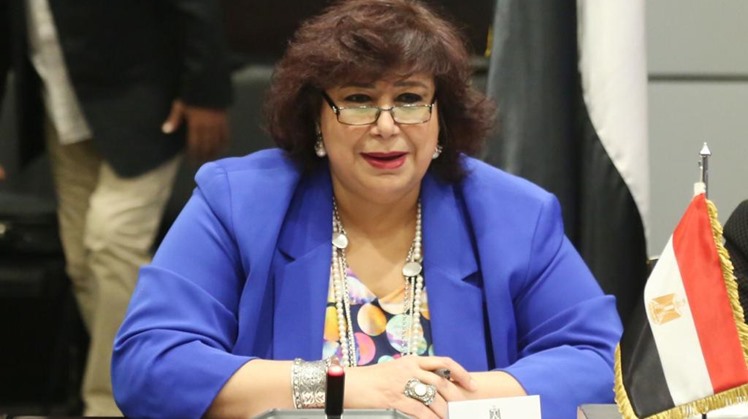 Sun, Oct. 10, 2021
The artist, Dr. Enas Abdel Dayem, Minister of Culture, is heading to the Hashemite Kingdom of Jordan, to sign a number of agreements and protocols for cultural cooperation between Egypt and Jordan, and to represent Egypt in the celebration of the centenary of the founding of the Kingdom, which is held under the patronage of King Abdullah II and in which the Cairo Symphony Orchestra participates with the National Institute Orchestra For music and young singer Ghada Abbasi, led by Jordanian musician Dr. Haitham Sukkarieh, during the period from 10 to 14 October.

Dr. Enas Abdel Dayem, Minister of Culture, confirmed that the visit comes within the framework of fruitful cooperation between the two brotherly countries, which have strong and rooted relations, and indicated that the agreements to be signed contribute to exchanging experiences and achieving more cooperation and rapprochement between the two peoples, expressing her happiness with the Egyptian participation in the celebration of the centenary of the kingdom's founding. The Hashemite Jordan as the only Arab country in this event.