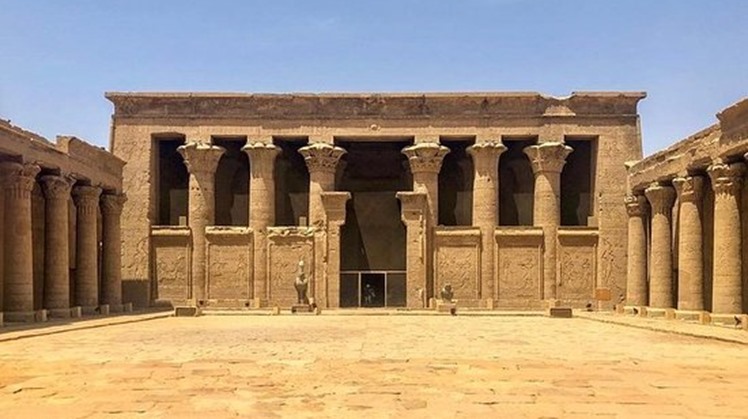 Mon, Sep. 13, 2021
The Ministry of Tourism and Antiquities organized an awareness seminar for bazaar owners and those who directly deal with tourists in the city of Esna in Luxor, in order to raise their awareness of tourism services and ways to deal with visitors in the best possible way.


For her part, Advisor to the Minister of Tourism and Antiquities for Training Affairs Suha Bahgat indicated that this awareness symposium comes within the framework of the ministry’s plan to raise the efficiency of citizens who work in tourism and deal with Egyptian and foreign tourists nationwide.

This comes in line with the objectives of the sustainable development strategy of the Ministry of Tourism and Antiquities to raise the efficiency of the human element and the level of tourism services provided to visitors.


Bahgat added that during the coming period, a series of training programs will be organized to train workers in museums and archaeological sites within the "Tourism Ambassadors" program.

A large number of bazaar owners and those who directly deal with tourists in the city of Esna attended the symposium, in addition to numerous officials.


It is worth noting that the "Tourism Ambassadors" program aims to raise tourism awareness among workers in tourist and hotel establishments, museums and archaeological sites, and introduce them to the correct behaviors that must be followed with tourists to be better ambassadors for the country.

The "Tourism Ambassadors" program is implemented by Rythm training institution accredited by the Institute of Hospitality in the United Kingdom, through a fund from the Bank of Alexandria.