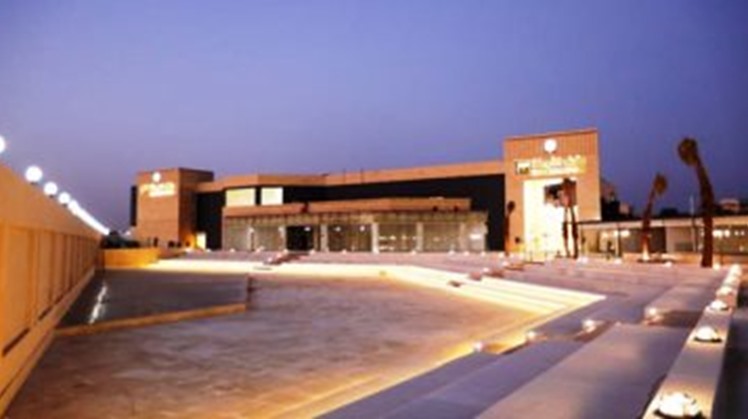 Tue, Jun. 15, 2021
The Hurghada Museum is one of the most prominent projects implemented by the state during the era of President Abdel Fattah El-Sisi, for the first time, in partnership with the private sector, which provided the museum building and made the necessary finishes for it, in accordance with the requirements approved by the ministry, provided that the Ministry of Antiquities alone undertakes the management and supervision of the museum. .

Hurghada Antiquities Museum, with an area of ​​about 10,000 square meters, including 3 thousand square meters in the museum exhibition hall where artifacts are displayed, where 2,000 artifacts were placed inside the museum from different eras, including the "Pharaonic, Roman, Coptic and Islamic."

The museum was designed in accordance with international standards for museums, and the museum’s display scenario works to show the beauty and luxury in the Egyptian civilization through the ages, as it witnesses the display of pieces that embody the comforts of homes, their furniture, and the adornment tools used by the ancient Egyptian, such as hair decorations, clothes, creams, perfumes and accessories.

The show also deals with sports aspects such as indigo and wild fishing, as well as musical instruments and pictures of parties with dancing and playing, from the Pharaonic era to modern times; In an attempt to link different civilizations, the museum was also provided with royal pieces from the Muhammad Ali family.

The museum was also secured in partnership with the tourism police and hotels, where about 60 high-quality cameras were installed inside and outside the museum, managed from inside the cameras room adjacent to the museum’s tourism police room. The museum building was also fully equipped using the latest scientific museum methods and methods, and it was equipped with lighting systems. Modern, and alarms according to modern technologies, and the cost of construction in the museum amounted to approximately 160 million pounds, the museum was opened in 2020.