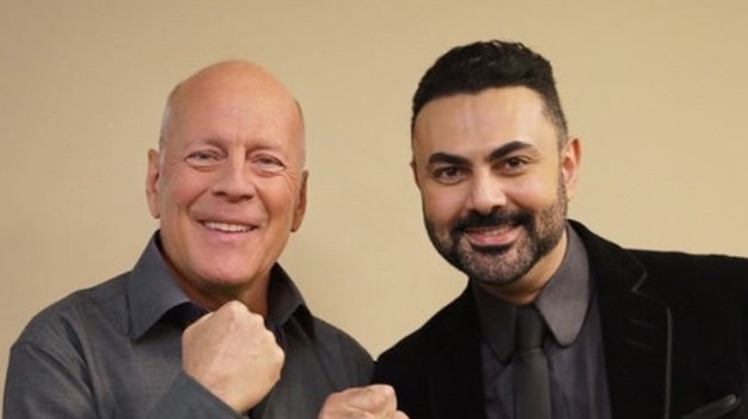 Karim played a difficult role, alongside Hollywood star Nicholas Cage in “A Score to Settle” movie.


The movie revolves around a hitman, named Frank. The hitman gets locked up for over 20 years. Post his release, Frank seeks revenge on his previous superiors for throwing him in prison for decades.

Karim played the role of a solid man named Jimmy, which required a lot mental and physical training to prepare for the difficult role.

Karim finished high school in Los Angeles where he was inspired by Hollywood film stars at an early age.

His passion for cinema did not prevent him from following his family's footsteps and studying medicine in Cairo.

He would travel to LA during summer vacations, and it was then that he began to follow what was going on with American filmmaking.

By his third year at university, Karim had already started his journey into the entertainment business by presenting TV shows, making many TV commercials and appearing at modeling events.

In the span of just a few years, Karim has landed many successful television and cinema roles, in addition to his many noted appearances in international film festivals like Cannes and Dubai.

Karim fell in love with the filmmaking craft while vacationing in the US.

He took an intensive acting course and was introduced to various Arab-American filmmakers, such as the late Mostafa Akkad who produced the Halloween horror series in order to raise money for Arab and Islamic-themed films like Omar Al-Mokhtar and Al-Ressala.

His starring role in the romantic comedy Facebook Romance, playing a young man who moves to Jordan following the 2011 Egyptian Revolution, landed Karim a Best Actor Award at the Monaco Film Festival.

The success of this film and his TV roles in Egypt drove Karim to accept an offer from MBC Group to become the presenter of the popular talent show The Voice in 2012.