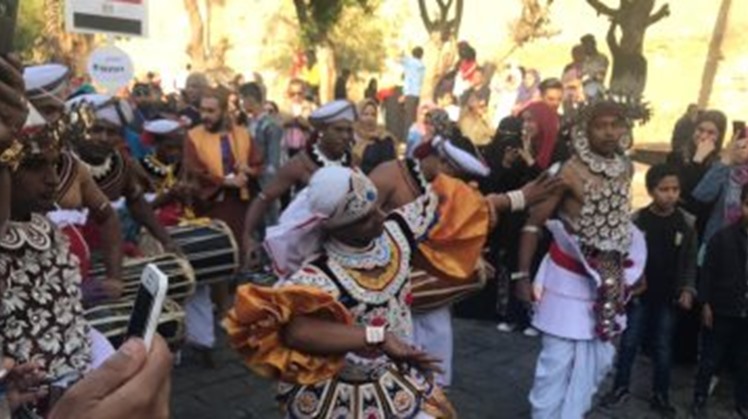 Mon, Jun. 7, 2021
Today, Monday, June 7, a number of cultural and artistic events will be held in a number of creative bodies and centers, including a press conference to announce the details of the drumming festival, at the Supreme Council of Culture, and the launch of the Mediterranean Writing and Narrative Festival 2021 in Alexandria, and a number of other events, including:

Dr. Enas Abdel Dayem, Minister of Culture, will witness, at 6 pm today, at the Small Theater of the Egyptian Opera House, the closing ceremony of the sixth session of the Cairo International Forum for the Art of Arabic Calligraphy, which is organized by the Cultural Development Fund Sector, in cooperation with the External Cultural Relations Sector, the Plastic Arts Sector, Dar Egyptian Opera.

The artist, Intisar Abdel Fattah, president and founder of the International Festival of Drums and Heritage Arts, will hold a press conference to announce the details of the eighth session of the festival, at the Supreme Council of Culture, at 4:30 pm.

The city of Alexandria will witness the Mediterranean Writing and Narrative Festival 2021, in its ninth session, under the slogan “Return to the Banks of Philosophy” from June 7 to 9, in the presence of a number of intellectuals, philosophers and writers. With the Southern Province of France, he transformed heritage, critical thought and happiness in the face of the clash of civilizations.

The activities of the International Theater Festival for the Youth of the South will be launched in its fifth session, headed by the art critic Haitham El-Hawary, President of the Union of African Playwrights and President of the Festival, which is called Dr. Hassan Attia. It will be held in Assiut Governorate during the period from 7:11 this June, where the events will be opened by Major General Essam Saad , Governor of Assiut, and Major General Hassan Khallaf, head of honor of the festival, and the festival comes under the auspices of the Ministries of Culture, Youth and Sports, Misr El-Khair Foundation, Assiut University, Hera Foundation for Contracting and Supplies, Al-Way Association, Al-Hadaf Foundation for Advertising.