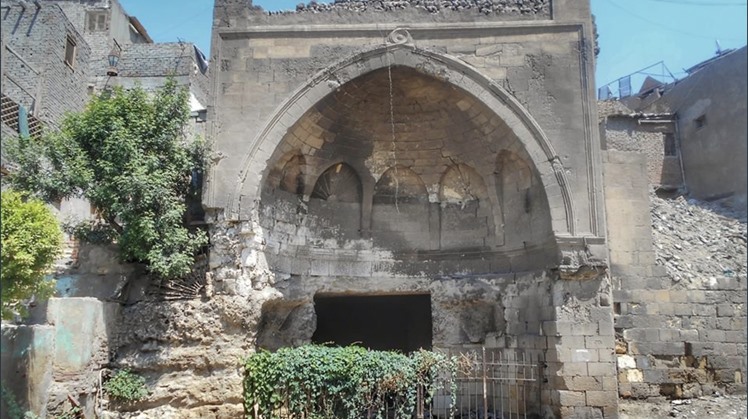 Dr. Osama Talaat, head of the Islamic, Coptic and Jewish Antiquities Sector at the Supreme Council of Antiquities, explained that the restoration work included the mechanical cleaning of the sabil's façade stones. And the inscriptions and decorations in them were shown, and modern encroachments were removed on both sides of it, and an iron fence was placed to protect it. Works are still continuing until the completion of the restoration project soon.

Talaat described Sabil Sheikho as the unique effect among the rest of the Sabilah, given that it is the only model engraved in the rock on the edge of the hill on which the Citadel of Salah al-Din is built, and it is also one of the rare examples in the style of the separate sabel that is not attached to a mosque, school, gorge, or religious or civil facility. One rectangular façade overlooks Bab Al-Wada Street, in the center of which is a hollow apse with five pointed arches in one row, and in the middle of this apse is the entrance opening to the sabil, where it leads to two rooms following one of the other. The sea of ​​arches on the main façade, followed by an inscription band decorating the façade of the sabil, in addition to the inscriptions and the blazon (insignia) of Prince Sheikho.