Could DNA analysis discover the family tree of the pharaoh king Tutankhamun? 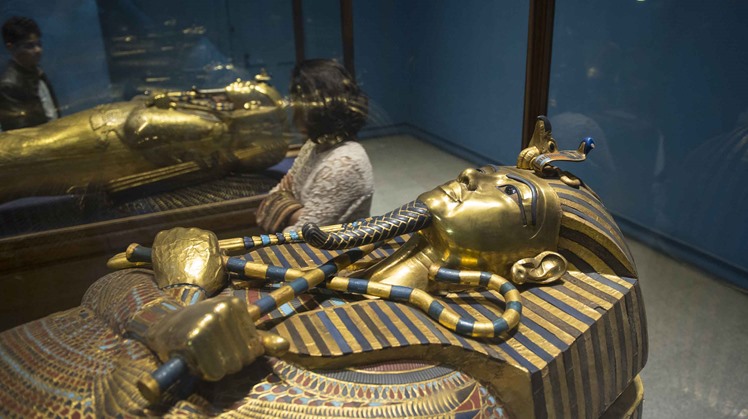 Tue, Jan. 19, 2021
The family of King Tutankhamun remains the focus of attention of the whole world, due to its many mysteries and mysteries, which are discovered successively, through scientific research, and perhaps the most prominent of which is what the Egyptian team studied the royal mummies in the Egyptian Museum in Tahrir, as well as in a number of archaeological sites in Egypt Headed by archaeologist Dr. Zahi Hawass.

Among the members of the team was Dr. Yahya Gad and his team specialized in "DNA" or DNA. The team conducted a large number of scientific researches on the mummies of the pharaohs, and the whole world recognized the importance and value of these new researches, but the most important points that were reviewed by the research team are from scientific research On the mummy of King Tutankhamun and his family in the second half of the Eighteenth Dynasty in the era of the New Kingdom.

The team published an important scientific article in 2010, which deals with the study of the Eighteenth Dynasty based on a study of mummies of well-known people through archaeological discoveries and historical information, which are the mummies of the noble Yuya and his noble wife Toya, the parents of the great Queen Tiye, wife of the Sun King Amenhotep III, and the mummy of the golden pharaoh King Tutankhamun, the mummy of the sun king Amenhotep III, the father of the monotheist king Akhenaten, in addition to a number of mummies that had not been identified before that, but many theories were imposed to determine their identity without providing any scientific or laboratory evidence of that.

Dr. Hussein Abdel-Basir, an expert on Egyptian antiquities and director of the Museum of Antiquities of the Library of Alexandria, said that the work team conducted the study by taking accurate samples from the bones of the mummies and then extracting DNA from them in a pure form, and after that the research team was able to analyze the genetic sites Multiple and specific DNA identification of people.

Dr. Hussein Abdel-Basir explained that the research team confirmed that it is scientifically known that these genes have numerical repetitive differences that distinguish each person from the other, and in total they represent a unique genetic fingerprint for each person, and the research team added that this genetic fingerprint is inherited so that half of it is from the father And the other half of the mother, meaning that half of the fingerprint of the person must be completely matched with half of the father's fingerprint and the other half with half the fingerprint of the mother. Via the line of male relatives from the side of fathers only.

And Dr. Hussein Abdel-Basir continued: The study conducted by the research team reached many of the following results, including the following: The presence of a match in the imprint of the memory chromosome (PBUH) between three individuals, namely, King Tutankhamun, King Amenhotep III and the mummy that was found in Cemetery No. 55 in the Valley of the Kings on the western mainland of Luxor, and through the analysis of the genetic fingerprint and statistical calculations of the results, the research team proved the following rates of more than 99.99%

The study of the research team did not indicate the possibility that the mummy of the little lady that was found in Tomb No. 35 in the Valley of the Kings in the western mainland of Luxor is the daughter of King Akhenaten and Queen Nefertiti, Princess Merit Aton, due to the absence of historical and archaeological evidence to prove this to the research team, the study of the research team indicated That the mummy of Nefertiti has not yet been identified, and is considered one of the most important archaeological discoveries that the whole world awaits.