What are the most prominent artifacts received by the Museum of the New Administrative Capital? 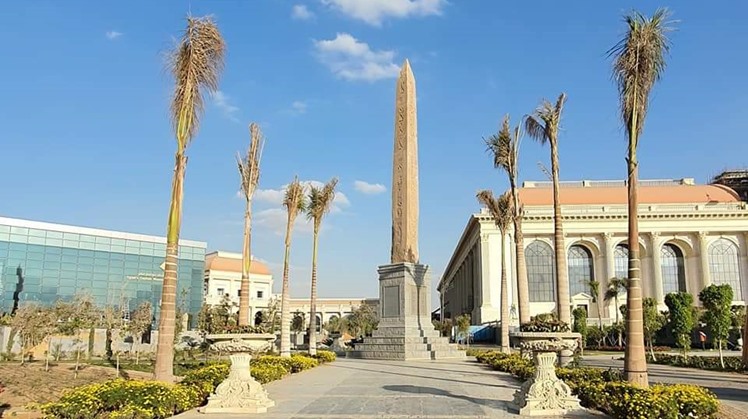 Wed, Nov. 25, 2020
The Ministry of Tourism and Antiquities is working on equipping several archaeological museums for the opening, including the Museum of the New Administrative Capital, where recently, the Supreme Committee for the Museum Exposition Scenario has completed placing the mummies of priests and priestesses of the god Amun, inside their own vatarin, as part of the museum display scenario of the Museum of Egyptian Capitals in the New Administrative Capital, and during the report Next, we review the most prominent pieces that the museum received during the last period.

Among the mummies of the priests and priestesses of the idol Amun, the mummy of Nesi Khonsu, the second wife of the high priest of Amun Banjum II, was received, which is considered a distinct model for the development of the mummification method of the 21 family, where the eyes coveted with stones and the dark yellow color of the skin gave a sense of vitality and freshness.

The mummy of Banjum II, the high priest of Amun, was also received, whose skin was colored yellow and dark red and wrapped the mummy in thin linen with colored fringes, and the mummy of the grandfather of Ptah IUF Ankh from the 21st family, the fingers and toes were decorated with rings. The mummy of Hanutawi, the wife of the chief priest of Amun Banjum I, has a full face to show vitality.


And 10 days ago, the New Administrative Capital Museum received more than 100 artifacts from a number of museums and archaeological stores, and among the pieces were a group of Talat stones depicting King Akhenaten and his wife Queen Nefertini from the Luxor Museum store, a Cuban chariot, Kalash, and a model of a war wheel that was Dedicated to King Farouk.

The museum also received a group of mummies from the Egyptian Museum with the liberation of priests and chiefs of state, a number of canopic vessels and a wooden box with an inscription of the god Anubis, and a wonderful double statue of King Merenptah and the goddess Hathor from the antiquities area of ​​the dead hostage.

The Administrative Capital Museum is a museum of the capitals of Egypt that narrates the history of the Egyptian capitals through different eras, as it consists of a main hall in which the relics of a number of ancient and modern Egyptian capitals are displayed, totaling 7 capitals, namely Memphis, Thebes, Tell Amarna, Alexandria, Islamic Cairo, Khedivial Cairo, in addition to To display a group of different holdings that represent the patterns of life in each historical period, specific to each capital separately, such as decorative tools, war and fighting tools, the system of government and various correspondences.

As for the second section of the museum, it is a pavilion that represents the other world in the ancient Egyptian, and this part consists of the Tutu cemetery, which was discovered in 2018 in Sohag Governorate, in addition to a hall for mummies and coffins, and two fatters containing canopic vessels and a set of fake doors and alternate heads that simulate religious rituals in Ancient Egypt.

The museum display will include the use of modern technology, where the exhibition halls are equipped with screens displaying an interactive panoramic film "multimedia" to display the history, sound and image, and an illustrative presentation of the shape of each of the ancient Egyptian capitals, the subject of the display, the nature of the architecture of tranquility, its religious buildings and its most famous landmarks, to add an innovative touch. New, attracts visitors and tourists.