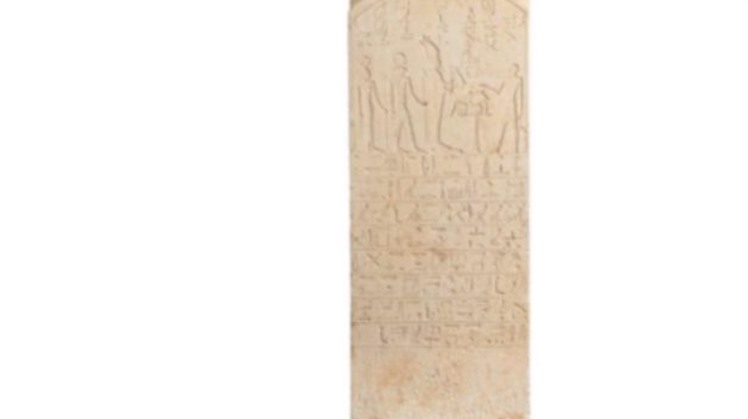 Thu, Nov. 19, 2020
Egypt succeeded in retrieving the Egyptian artifact which was on its way to be sold in an auction hall in New York.

Consul General of the Arab Republic of Egypt in New York Hisham el-Naqib signed the protocol to retrieve the ancient mural with the American Attorney General in New York, in a small ceremony at the Consulate General's headquarters.

In his speech on this occasion, the Consul General stressed that the cooperation and joint effort made by the authorities of the two countries, which resulted in the recovery of the important artifact, reflects the extent of close cooperation and strong relations between Egypt and the United States of America, emphasizing Egypt's keenness to protect its cultural heritage wherever it is found, stressing the need to firmly address cases of smuggling of antiquities and cultural collections in addition to reviewing the efforts Egypt is making in this regard.

The retrieval of the pharaonic mural came as a result of the cooperation between the relevant Egyptian and American authorities, which lasted for more than a year, especially through coordination between the General Consulate of the Arab Republic of Egypt in New York and the American Attorney General's office in New York, in cooperation with the Egyptian Ministry of Antiquities.

It is the cooperation that revealed the illegality of the exit of the antique from Egypt, and later kept on the American side until it was handed over to the Egyptian authorities.