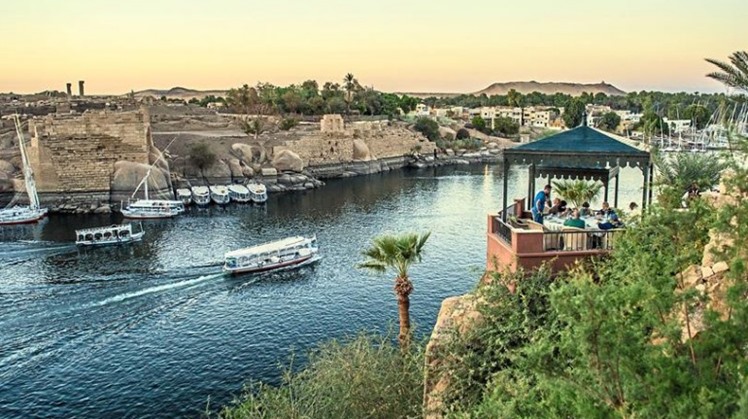 Throughout its long history, there are many books that talked about the Nile and its long journey through time, including:

Journeys to discover the source of the Nile in the years 1768-73
It was published by James Bruce, discoverer of the source of the Nile, in five volumes. The work gained great popularity, but was attacked by other travelers and questioned its reliability. The period in which he wrote the book - twelve years after his return from Africa, regardless of his memoirs - was an important argument for his critics, but the great accuracy of everything related to his Abyssinian travels made it an important source. He died on April 27, 1794, at the age of 63.

Bruce wrote an autobiography, part of which was printed as The Travels, and was published in 1805 and 1813, accompanied by a biographical note by editor Alexander Murray. The best record of Bruce's travels in the Maghreb is in Sir Lambert Playfair's book "Journeys on Bruce's Steps" (London, 1877), in which selections from his cartoons were published for the first time. Several of Bruce's drawings were presented to George III and are in the royal collection of Winds

The Nile: The Life of a River

A book written by Emile Ludwig, published in 1935, and the book does not deal with a specific science of knowledge. It did not address the geography of the Nile or the history of its people in detail. Perhaps it dealt with parts of all of that in a way that would fit the idea that it raises, or the issue it discusses, which is 'river life', He mentioned short chapters of what he had seen: Such as: types of animals and ethnic gangs, as it monitors history in terms of social conditions, and narrates the conditions of the Nile in Egypt through the eyes of its farmers, who lived closer to the tenth of the Nile at all times.

The discoverers of the Nile

The author explains, over the course of several pages, the nature of the great difficulties encountered by the discoverers in their project. The magnitude of these difficulties is expressed in a sentence that the author transmits on the authority of the Romans, to the effect that if a request from one of them is impossible, he answers: "It may be easier to discover the source of the Nile River." Then, a long series of adventurers, geographers and astronomers, over many centuries, tried to locate the sources of the Nile "with difficult access."

It should be noted, in this context, that the traveler Ibn Battuta crossed Asia and then the African Sahara region, whose location was "wrongly" identified in Niger. Likewise, James Bruce declared in 1790, when he discovered a broad river, that he had signed the source of the Nile. In fact, he did not discover, except for a tributary of the great river.

The Nile River
A book by the late scientist Muhammad Awad Muhammad, after I prepared his investigation, introduction to it and redrawing his maps in a clear and useful way, and it is an indispensable book on the Nile Basin and water issues in Egypt and Africa, and the author says that it was apparent to all the inhabitants of Egypt, and to others who had mixed with them and contacted them, The Egyptian civilization has its greatest source from the Nile, from which all the wealth and prosperity of Egypt has been created.

Book of the Nile River, its inception and use of its water in the past and future
Written by Dr. Rushdi Said, Herodotus’s famous saying remains an eternal saying, “Egypt is the gift of the Nile.” Some may see it as an exaggerated saying, but there is no doubt that the Nile is the focus of the lives of Egyptians without conflict, and this is the focus of research and study in this book, so the researcher tells us the history of the emergence and formation of the Nile It also shows aspects of the exploitation of its water in the past and present.
It is an indispensable reference for anyone who tries or seeks through reading and learning to learn to love the Nile and also how to protect it from all evil.

The Nile in the era of the Pharaohs and the Arabs

A book published in 1926, written by Antoine Zaki, and the author believes that the life and destiny of Egyptians have been linked since ancient times with the Nile River, where they settled on its banks as the founders of a great civilization, in which agriculture played the largest role, and in its stable nature depicted the collective behavior of the Egyptians, which was clearly evident in their glorification. For the Nile to become the "god of growth" who prevents drought and aridity from them; They would frighten the temples, praying and making offerings if “Habi” was late for the time of its known annual flood, and they eagerly awaited him to irrigate the land and renew its fertility.

The book "The White Nile" by Alan Morehead, translated into Arabic by Muhammad Badr al-Din Khalil, as part of the public publication of the General Book Authority.
The chapters of the book came to explain how the White Nile, one of the tributaries of the Nile, was discovered, and how many geographers who visited the sources of the Nile tried to obtain certain information about the source of the river, indicating that the prevailing idea at that time was that it emanated from eyes somewhere in South Africa. The author explained that "Herodotus" was a frequent visitor to the upper Nile, but did not gain anything from the secret of the sources of the Nile.