Egypt unearthed 28 gold dinars from the Abbasid era in Fayoum 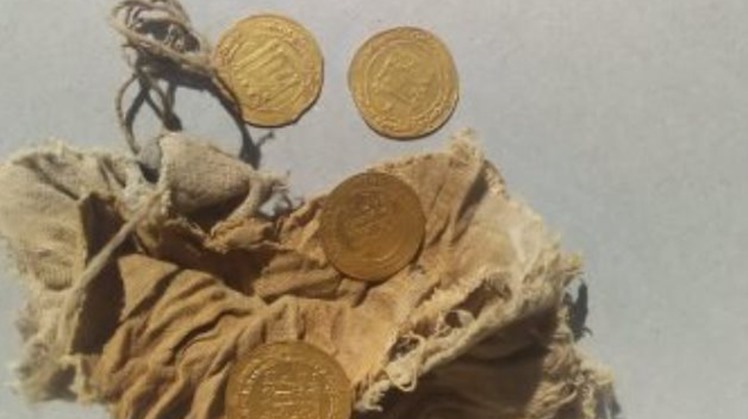 Sat, Nov. 14, 2020
A collection of 28 gold dinars as well as five small coins were discovered in Fayoum by Egyptian-Russian archaeological mission.

The mission succeeded in unearthing the gold dinars while working at the archaeological site of Deir Al-Banat in Fayoum.

The newly uncovered gold dinars were covered by a linen roll tied to a clay seal. The clay seal house unclear symbols.

Osama Talaat, Head of the Islamic, Coptic and Jewish Antiquities sector at the Supreme Council of Antiquities; said that this discovery is the most important in the area; especially that it is the first season of the Egyptian-Russian mission in the northern part of Deir Al-Banat archaeological area.

Talaat added that a group of mummies dating back to the Greco-Roman era, were previously discovered in the same area the matter that indicates that this area was used during multiple ancient eras such as the Greek, Roman, Coptic and the Islamic period.

It is worth mentioning that the Russian mission has been performing excavation work at Deir Al-Banat archeological area since 2003.

During this period the mission managed to uncover several coffins and mummies.