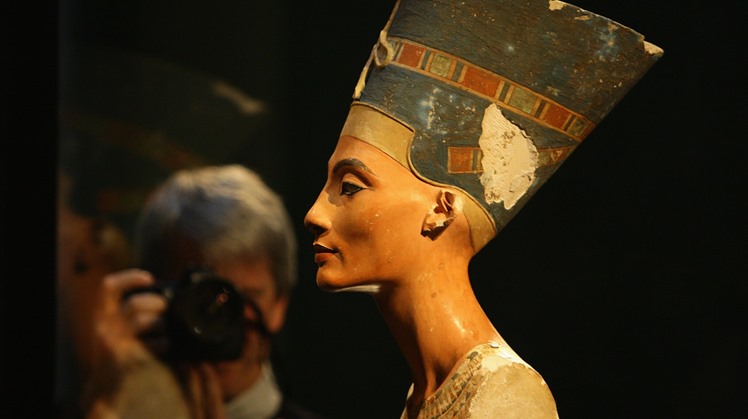 Sun, Nov. 8, 2020
A WORLD BENEATH THE SANDS
The Golden Age of Egyptology
By Toby Wilkinson

No civilization has visited itself upon the Western imagination as powerfully as that of ancient Egypt. With its fathomless mystery, its architectural majesty, its artistic inspiration, civic order and sheer volume of wealth, ancient Egypt has captivated us and compelled us not just to understand it but to possess it — to literally grab our shovels, dig up its stuff and haul it home with us.

Who’s “us”? By all accounts just about everybody in history who found himself in Egypt while the digging was easy, and even long after Egyptian law made it difficult. The idea was that possession of a nice piece of ancient Egyptian art would lend a stamp of legitimacy — a greater greatness, let’s say — to any empire or, indeed, any private back garden in Dorset. The Greeks pondered it, the Romans started it and various Europeans got awfully good at it. But, as the Egyptologist Toby Wilkinson demonstrates in his excellent new book, “A World Beneath the Sands,” nobody in history succumbed more feverishly to the compulsion to take hold of ancient Egypt nor succeeded at it more thoroughly than the British and the French.

Wilkinson’s ambitious focus is the hundred years of Egyptology between Jean-Francois Champollion’s groundbreaking deciphering of the Rosetta stone in 1822 and Howard Carter’s sensational discovery of the tomb of Tutankhamen in 1922. During that century of exploration and excavation the science of Egyptology was shaped as much by benevolent curiosity and genuine scholarly interest as by the cutthroat imperialist rivalry between Britain and France.

Both nations had a burning desire to best the other in the struggle to gain control of Egypt politically and archaeologically, and both used the Egyptian collections in their national museums — the Louvre and the British Museum — as the measure and symbol of their success. Whoever seized the biggest statues and tallest obelisks, whoever got the best and the most of Egyptian antiquity and lugged it home and filled their museum with it would be the de facto winner. Winner of what exactly isn’t Wilkinson’s present concern, but his evidence suggests it meant more than just colonial expansion or the crucial access to India that Egypt offered. The bitter contest was, it seems, as much pathological as it was practical.

Though the 19th century produced the most wondrous discoveries and greatest scholarly achievements in Egyptology, it was also an era of great hubris and pillage and greed, during which countless antiquities were lost, stolen or destroyed by reckless excavation, rapacious haste and the general indifference of the Egyptian leadership.

The quiet yet salient revelation of Wilkinson’s study — and what makes the story of 19th-century Egyptology relevant now — is how the Anglo-French obsession with Egypt’s past and their frantic bid for control of its future gradually spurred the downtrodden modern Egyptians toward a newfound self-awareness and a galled desire for independence after nearly 2,000 years of foreign occupation and oppression. “As the West rediscovered Egypt,” Wilkinson writes, “so Egypt discovered itself.”

All the fascinating giants of Egyptology appear here. Some were brilliant scholars genuinely eager to advance the science of Egyptology and forge a deeper understanding of ancient Egypt, some were self-serving fortune-seekers who cared mainly about their own advancement, and some were both at once.

There’s Champollion, who, on unlocking the Rosetta stone and revealing the secret of hieroglyphics after years of scholarly struggle, was so overcome with emotion and fatigue he collapsed to the floor in a faint. And Giovanni Battista Belzoni, the Italian strongman and one-time circus performer who in 1817, under the aegis of the British consul, managed to drag, float and sail the 2.7-meter-high, 7¼-ton bust of Ramses II all the way from Luxor to the British Museum. And the British Army officer Richard William Howard Vyse, who, with no previous training in archaeology, used gunpowder and dynamite to blast away at the Pyramids in search of an entrance, then bored a hole 27 feet deep into the back of the Sphinx hoping (in vain) to find a chamber within.

We learn too of the shrewd and influential French archaeologist Auguste Mariette, who in 1851 unearthed the fabulous Serapeum at Saqqara. Never mind that his excavations were illegal, that he produced fakes to placate antiquities inspectors, nor that he used grain sacks to smuggle hundreds of objects he found at the site and surreptitiously shipped them off to France. Though widely accused by his British competitors of theft and destruction in his excavations, in 1858 Mariette was appointed director of the newly founded Egyptian Antiquities Service, which he conceived, with the directive from Said Pasha to “ensure the safety of the monuments.”


As for Ernest Alred Thompson Wallis Budge, when sent to acquire antiquities for the British Museum, he too bribed the police, bought stolen artifacts from illicit dealers, stole, smuggled and justified his actions in the same way countless archaeologists and amateur scavengers have justified theirs: “The objects would have been smuggled out of Egypt all the same; the only difference would have been that instead of being in the British Museum they would be in some museum or private collection on the continent or in America.” In other words, they would have ended up someplace quite like his own, and how, pray, could anybody want that? It’s an amusing characteristic of all the players in these hundred years of excavation that every one of them claimed ample reason for removing antiquities from Egypt, legally or illegally, yet howled with outrage when anyone else did the same.

Where were the Egyptians when all this plunder of their heritage was taking place? They were there under the heels of their visitors, providing cheap or, when the labor was enforced, as it often was, free labor for the crushing work of archaeological excavation. In exchange they were characterized as ignorant, lazy, abject and shiftless. If they sought to make a few pence by pilfering a piece from an excavation site, they were severely punished.

The European stronghold on Egyptian archaeology was so firm that not until 1909 were Egyptian citizens of means allowed to sponsor formal excavations in their own country. As for the Egyptian leadership, from Muhammad Ali to King Fuad, few Egyptian leaders held the nation’s antiquities in much regard; they blithely quarried ancient monuments for the stone to build modern factories and casually tossed precious objects to the British and the French in exchange for loans and political favors.

In 1912, a growing ripple of Egyptian nationalism became an outraged wave when the exquisite painted limestone bust of Nefertiti (“fresh as the day it had been made 35 centuries before”) was discovered at Amarna by a German excavation team and promptly removed to Berlin. “More than the Rosetta stone,” Wilkinson writes, “or the Dendera Zodiac, the Luxor obelisk or Cleopatra’s Needles … the bust of Nefertiti came to represent for Egyptian nationalists the exploitation and appropriation of their history by foreigners — a perennial insult that had gone on for more than a century.”

We hear a lot now about “cultural appropriation,” a term lately fired with reflexive ease at even the slightest cultural crossover. This, however, was a frenzied, long-term, all-out cultural heist, complete with government-funded pistols and getaway car — one of many in the greater schemes of world history.

This is a riveting, sometimes appalling story. I think it’s important to say that Wilkinson’s prose style is so smooth and straight and unadorned as to be nearly nonexistent. In fact, as I closed the book I wondered fleetingly in exactly whose company I had just spent hundreds of pages, for as a writer, Wilkinson draws little attention to himself and only now and then opines. With another sort of story this could be considered a flaw. Here, it’s a strength. Wilkinson is a consummate historian. As such, he needs no histrionics or mood music to hold the reader’s attention or spin his tale along. He has mastered the facts with painstaking research and allowed them to speak for themselves. Rarely do facts speak this clearly.