55 kings stand on the great stairs of the Grand Egyptian Museum .. Watch the video 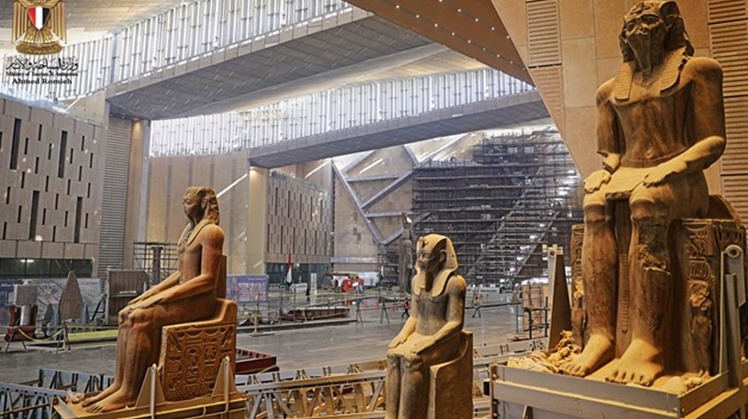 Thu, Oct. 1, 2020
The Great Staircase in the Grand Egyptian Museum will contain approximately 72 pieces of the most important and largest Egyptian monuments of the kings of Egypt, which amount to hundreds of tons, as 55 pieces have been installed, and their bases are being finished, and lighting experiments until the artifact appears consciously.

The scenario of the disguised display of the Great Staircase focuses on the kings and gods, and is divided into four sections. The first section deals with how the "king" is depicted and carved in artworks, and why some pieces are large in size, while others are smaller.

The second section focuses on the status of gods, and includes the carving of kings during their participation in religious rituals, in addition to pillars, columns and other distinctive elements of temples that were commissioned by the king for the gods.